Will abkhazians be annihilated for a piece of land? 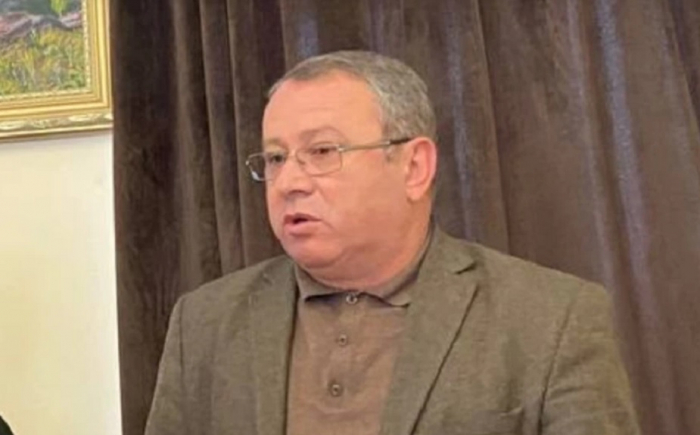 The leader of the Abkhazian political party Forum of National Unity of Abkhazia Aslan Bartsits made a statement that plans for alienation of lands and sale of real estate to foreign citizens implemented by the separatist government could end the project called "independent Abkhazian state". And when asked by the "Ekho Kavkaza" correspondent "How are the issue of Pitsunda and the question of sale of real estate to foreign citizens connected to the Abkhazian project?" Aslan Bartsits said the following:

"These are inseparable things. As far as the Pitsunda issue is concerned, the most significant thing is what is behind it. It has already been voiced that it turns out that Pitsunda is a kind of litmus test. If we decide this positively, it actually means legitimization of purchase and sale of Abkhazian land. We should clearly understand that after the sale of land there will be the end of Abkhazian statehood, crossing this line we will not be able to be masters of our own land. There will be other owners, any other owner will have other interests, no business will ever be able to treat their land and their homeland intelligently, clearly and most importantly, with care. Give them the will, they will sell everything. Our authorities today gave free rein to those who are ready to make money. Just imagine what will happen in Abkhazia when God forbid, permission to buy and sell land will be given! It will be the Russia of the nineties, if anyone has forgotten. It will be even worse here, there will be murders, people will be physically destroyed for a piece of land, everyone should understand and feel this, regardless of nationality. They will not choose whether it is a Russian, an Armenian or an Abkhazian, they will choose whether your land is of commercial interest".

Aslan Bartsits is fundamentally wrong about the last one - that "they will not choose" who will be killed over the Abkhazian land. Sure they will! Try not just to kill, but even to limit in some way the appetite of a representative of "the most ancient and long-suffering people". Immediately the diaspora and international organizations, bribed by the Armenian lobby, will start howling about "genocide".

And that it is Abkhazians themselves who will be killed for sure because of their land and real estate in Abkhazia. At that "long-suffering" people that have a claim to Abkhazian land will be the first to do so, although today they are everywhere talking about "friendship and brotherhood", just as they spoke to their neighbours - Georgians - before 1992.

All the more that there was already a precedent of genocide and mass killings over land and real estate in Abkhazia in 1992-1993. True, at that time it was Georgians who were killed as the largest indigenous population. But as recent events have shown, it was not to give land to another group of indigenous population, albeit deceived by separatist propaganda Abkhazians.

The story of Pitsunda is the most eloquent proof of this. The main argument of supporters of transfer of Pitsunda to Russia is "Putin liked this land, he wants to have his residence here"! No one is interested, but maybe Abkhazians themselves need this land?

Abkhazians themselves are gradually beginning to realize that their separatist "statehood" is living its last days, outsiders need their land, while Abkhazians themselves are not needed on this land. And the prospect of ethnic cleansing of Abkhazians in Abkhazia is more than real. And at that ethnic cleansing about which no one outside Abkhazia will ever know or remember. It is no accident that the same Aslan Bartsits remembered the lawlessness in Russia of the 90s, when thousands of people were killed. Who remembers these victims today?

It is very strange in this situation, when Abkhazians hope for "justice" of Russia. Have Abkhazians forgotten who organized their genocide in the 19th century, and because of whom the tragedy of Mukhajirstvo took place. All the more that recent events in the same Ukraine show how the Kremlin treats those who dare to contradict its will and do not give away lands they like "for good".