Russian-backed separatism will boomerang back to Russia 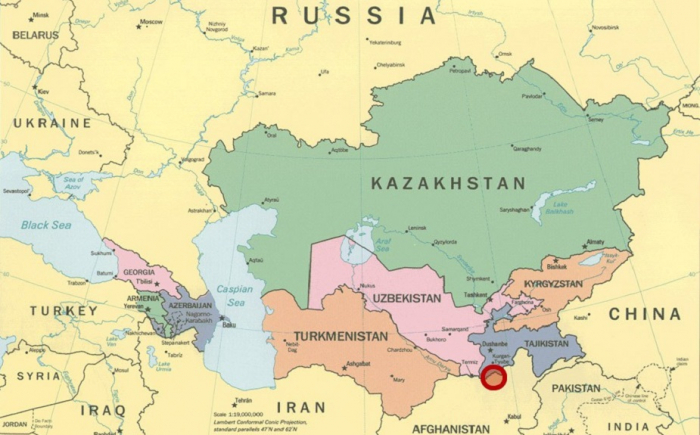 The eternal Ukrainian journalist and political scientist Dmitry Gordon, in the "Watching" program on the "NASH" TV channel, recently praised how Azerbaijan managed to liberate its lands from years of occupation, take back its territories and liquidate the ugly separatist entity called "Artsakh".

According to Dmitry Gordon, this is an example for Ukraine, and for Moldova, and Georgia, which is facing similar problems of separatism and the occupation of its territories.

“I have great respect for government officials, for the state of Azerbaijan. While we are calving, while Georgians and Moldovans are calving, Azerbaijan has been accumulating strength for a long time, preparing, and under the wise leadership of President Ilham Aliyev, the son of the greatest man Heydar Aliyev, rushed, went forward and took its territories. And not a single dog squeaked. And Russia said: “We cannot interfere in this conflict, since Azerbaijan is fighting on its territory,” said Dmitry Gordon:

At the same time, it should be understood that Azerbaijan has not only been preparing for the liberation of its territories for many years but also extremely successfully used the moment that history provided. And it is possible that in the near future such a chance will be presented to both Ukraine and Georgia.

For the past 30 years, the authorities of the Russian Federation have been deliberately betting on separatist projects. Moreover, not only in the interests of Russia itself but in the interests of the Armenian lobby, which occupies very high positions in Russia and in the EU. And being carried away by separatist projects and because of this, having surrounded itself with hostile and unfriendly states in the place where friends and allies should have been, the Kremlin authorities completely lost sight of the security of Russia itself. The "double-edged" weapon of separatism can be deployed against it at any moment.

Indeed, at present, Russia does not include two or three autonomies, as in Georgia, but as many as 22 autonomous formations. With their own constitutions, governments and parliaments, and the ambitions of local elites. However, this is not all.

Around Russia, the situation is changing dramatically, moreover, where until recently it seemed that "everything is under control." The Taliban came to power in Afghanistan. The Taliban quickly took control of Kandahar and Herat, the second and third largest cities in Afghanistan, took the capital Kabul on August 15 and began to control all of Afghanistan.

What's next? Russia, obsessed with non-separatists, at the suggestion of Lavrov-Kalantarov, has spent a lot of money for their "recognition", it turns out spent both time and money in the "wrong direction." How much did the adventures with the Crimea and Donbas cost? Now, these resources would go to Central Asia to create a joint "security belt" there, but "the train left."
The Kremlin is now forced to concentrate all its combat-ready units either on the territory of Georgia or on the territory of Ukraine. While the huge Asian borders of the Russian Federation remain practically uncovered.

In addition, it is not entirely clear how to solve the problem of preserving Russian influence in the countries of Central Asia in conditions when the power of the Central Asian states may be reformatted at any moment. All this suggests that a moment may come when Russia will simply have to deal with the security of its southern and eastern borders and revise its policy of supporting separatism.

And here, just for Georgia, the moment may come when it can regain its territorial integrity. The Russian Federation, which has already been weakened by sanctions and is technically lagging more and more, may not be able to pull off a war on two fronts, including militarily. Therefore, the proposal to "close the issue with the separatists", get friendly states on its western and southwestern borders and focus on the security issues of Russia itself may be perceived positively. If not the current leadership in the Kremlin, then those who will replace him.

However, in any case, the Kremlin will not talk and take seriously the weak neighbors. Therefore, the fact that Azerbaijan was able to create a modern effective army, which showed its combat capability during the 44-day war, also played such a role. Despite the fierce pressure of the Armenian lobby in the Russian Federation, the Kremlin considered it necessary not to interfere in the war and not to defend separatism and redrawing borders in Azerbaijani Karabakh.