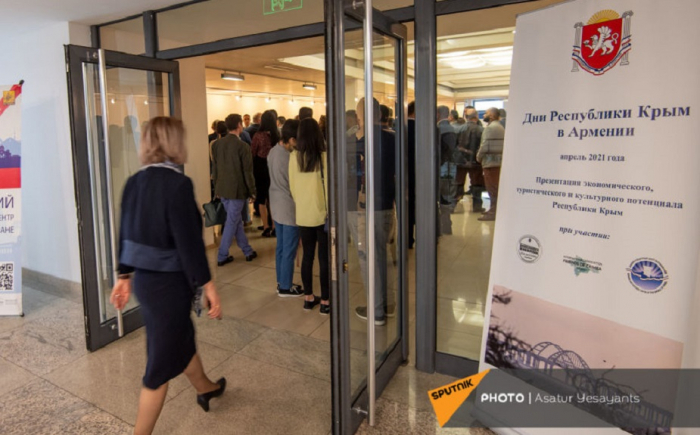 The Armenian lobby, both in the US and in Russia, will not calm down in any way. And in one and another country, it continues to do everything so that the Armenian people continue to remain hostage to the separatist games.

The statements of US President Joe Biden about the alleged mythical "Armenian genocide" in the Ottoman Empire, which does not bear any legal consequences, except for the very unfriendly gesture towards Turkey, only added a lot to the fire. The timid tendencies that began to improve the health of the Armenian society are "suffocated" by the Armenian lobby outside the Republic of Armenia in the bud. Sensible Armenians are not even given a floor against the background of genocidal revanchist hysteria. On the contrary, the stake is again being placed on redrawing borders and supporting separatism.

In this regard, two alarms are symbolic.

One of the United States, where the Armenian lobby continues to insist on the allocation of funding for the factually liquidated separatist "Artsakh", instead of, on the contrary, assisting Azerbaijan in demining and renting out the liberated lands of Karabakh. After all, in the end, it will benefit the very same Armenian citizens of Azerbaijan living in Karabakh.

But no, the so-called "Armenian National Committee of America" ​​reported that a bipartisan 65-member US House of Representatives group has joined the Committee on Armenian Affairs and sent a letter to the Chair of the House Appropriations Subcommittee before work begins on the draft External Appropriation Plan for 2022. fiscal year. Influenced by the Armenian lobby, US congressmen call on the US government to provide Armenia and Artsakh with financial assistance for $ 100 million.

The congressmen also called for $ 2 million for a program to destroy weapons in Nagorno-Karabakh and suspend security assistance to Azerbaijan until "until this country assures that it will stop its attacks on Armenia and Artsakh." How such ultimatums to a sovereign country are consistent with the fact that the United States officially recognizes the territorial integrity of Azerbaijan, the pro-Armenian congressmen did not say.

Nor will the Armenian lobby in Russia calm down. In particular, Russian Foreign Minister Sergei Lavrov-Kalantarov and his proteges. Among them is one of the main instigators of separatism and redrawing of borders: the governor in the occupied Ukrainian Crimea, ethnic Armenian Georgy Muradov (Muradyan). Back in 2014, Georgy Muradov was included in the list of persons subject to EU sanctions for actions aimed at undermining the territorial integrity of Ukraine (participation in the separatist movement in Crimea and the occupation of Crimea).

And the other day the so-called "Deputy Prime Minister" of the occupied Crimea, and the so-called. "Permanent Representative of the Republic of Crimea" under the President of Russia Georgy Muradov arrived in Yerevan and organized the so-called "Days of the Republic of Crimea in Armenia". Speaking at a round table within the framework of this event, Georgy Muradov said that "Nagorno-Karabakh, Crimea, and Transnistria once exercised their right to self-determination to save their identity, which was under threat."

According to Muradov, a mechanism for combining the principles of territorial integrity and the right of peoples to self-determination has not yet been developed. This gives rise to several conflicts around the world, including in the post-Soviet space. But Muradov believes that there are clear criteria when preference should be given to the right to self-determination. According to this Armenian nationalist and instigator of separatism, this happens "when a separate community or formation or people within the state are subjected to ethnic, cultural, linguistic, religious discrimination when they are threatened with assimilation or physical destruction."

These words one to one repeat the "complaints" of the same Armenian "Javakhk" separatists against Georgia.

The only way out of this situation, according to Muradov, is "the realization of the right to self-determination, as happened in Crimea, Karabakh, Transnistria, Donetsk, and Lugansk."

Last year, Georgy Muradov also made similar provocative pro-separatist Ukrainian-phobic and Georgian-phobic statements. In particular, that, they say, "Georgia and Ukraine are being transferred to the camp of states of non-traditional civilizational orientation" and "are losing their identity and unable to secure their future."

“How can we reduce the potential for conflicts around Russia? First of all, to resolve the issue of unrecognized states. What happened on the territory of the post-Soviet space about these very unrecognized or partially recognized states? Almost all of them went through a war, an attempt to eliminate autonomy or non-observance of their rights. All of them used the principle of the people's right to self-determination. These peoples and countries are closely connected with Russia, they are its allies, ”Muradov said.

The current voyage of Georgy Muradov with the Crimean occupation-separatist delegation to Yerevan is taking place with the full connivance of the Pashinyan government. Meanwhile, let us remind that Armenia officially recognizes the territorial integrity of Ukraine and the ownership of the Crimea to Ukraine.

The question is, why was Pashinyan allowed to enter his country for persons guilty of the occupation of the Ukrainian Crimea? Who entered and used Yerevan as a platform for the propaganda of separatism directed against Ukraine, Georgia, Moldova, and Azerbaijan?

It should also be noted that the Armenian lobby, both in the US and in the Russian Federation, which finances and sponsors separatism, always means the Javakh separatist project. There is no doubt that a significant part of the funds that the US Congress will allocate to Armenia and the so-called "Artsakh" will go to finance the "Javakh" Armenian separatists in Georgia. And such figures as Georgy Muradov, propagating separatism, certainly want to spread it to the Georgian region of Samtskhe-Javkheti.

Meanwhile, it is high time for the Armenians to cast aside the illusions of “great Armenia” that are disastrous for their people and learn to live normally in those countries that gave their people shelter, work, and the possibility of normal development.

Armenians should understand that Abkhazia, Tskhinvali region, Samtskhe-Javakheti are Georgia. Karabakh is Azerbaijan. And if they want to live in more promising and prosperous countries compared to the current Republic of Armenia, especially if they have their own housing here, they need to comply with the laws of these countries and respect their territorial integrity. And you need to forget about your alleged national and racial "superiority" over the indigenous people.

Then the Armenian population living in Azerbaijan and Georgia will not have any problems. As there is none, for example, in the Republic of Turkey, where they live calmly and happily, over 100 thousand citizens of Armenian nationality work. That is, annually over 100 thousand citizens of Armenia come to Turkey to work. And they feed their families in Armenia with the money they earn in Turkey.

Today the Armenian people need to think about the integration of the Armenian communities into sovereign states - Georgia, Azerbaijan, Turkey. Without ethnonationalism and separatism.