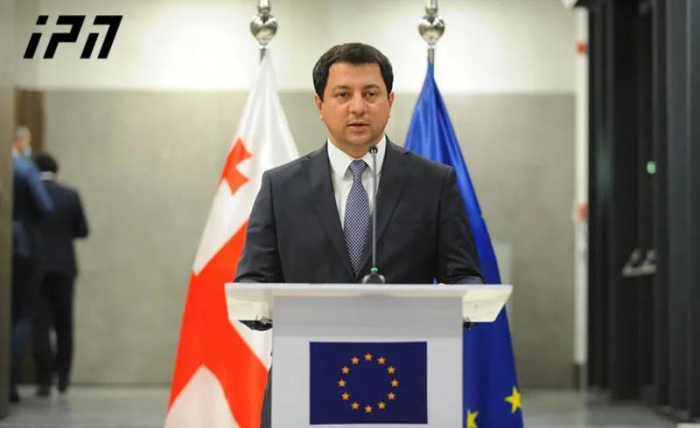 As Talakvadze noted, the EU did not include the issue of early elections in the above document, which is another clear confirmation of the legitimacy of the parliamentary elections and the parliament.

"Georgia is fighting against the pandemic and the economic and social problems caused by the pandemic. The region is in a difficult geopolitical situation. At such times, we believe that the whole country should be united around common challenges, and politicians should spend time not on fighting for their own narrow partisan interests, but on solving the problems facing the country and society. Unfortunately, a different reality is created in Georgia today. It is obvious that for individual parties and politicians, their own partisan interests are more important than the interests of the state and people.

As you know, Charles Michel sent his special envoy to Georgia to improve the political situation in Georgia. The facilitation of political dialogue was replaced by mediation, the essence of which was that the mediator would offer the parties a fair draft agreement to be signed by all political parties. The mediator, with the active involvement of the EU and US Ambassadors, drew up a document and submitted it to the parties for signing.

Today the Georgian Dream publicly signs the document drawn up under the auspices of European Council President Charles Michel, which was submitted by his special envoy Christian Danielsson.

At the final meeting of the dialogue, we showed principled readiness to sign the document. The same readiness was expressed by many oppositionists in their comments, but we have not signed the document up to now, because we had been waiting for specific steps to be taken by the opposition, as well as additional consultations to be held by the ambassadors.

It should be emphasized that the EU did not include the issue of early elections in this document, which is another clear confirmation of the legitimacy of the parliamentary elections and the Parliament. It has been reaffirmed that the allegations made by the opposition about the election fraud were not shared by the international community. We would like to remind you that the legitimacy of the parliamentary elections is backed by the official reports of all relevant international institutions.

We decided to sign the EU-brokered agreement to enhance the trust of the public and international partners, so that to rule out any suspicion that the chance of a political agreement was missed because of the Georgian Dream.

The time allotted for additional consultations has expired. We see that the opposition is still unable to sign the agreement.

In addition, we are not only signing the document brokered by Christian Danielsson, but we are also expressing our readiness to apply the 40% support principle in the forthcoming self-government elections. We see the state of the opposition, how its radical part is trying to destabilize the situation, while the constructive part of the opposition is looking for a solution. The Georgian Dream will pass this test as well and we will facilitate the constructive part of the opposition to make a decision. We emphasize that this is not related to the 2020 parliamentary elections and is done to show the public and our partners once again what approach the Georgian Dream has towards the state and public interests and how constructive and healthy attitude we had towards the proposed conditions.

The signing of the EU-sponsored document is a demonstration of our high responsibility towards the Georgian community and international partners. Now it is up to the opposition to take a step. They have another chance to prove that they put the interests of the state above their own partisan interests," Talakvadze said.