What to do with the militants not killed in Karabakh, mercenaries from Samtskhe-Javakheti and other countries? 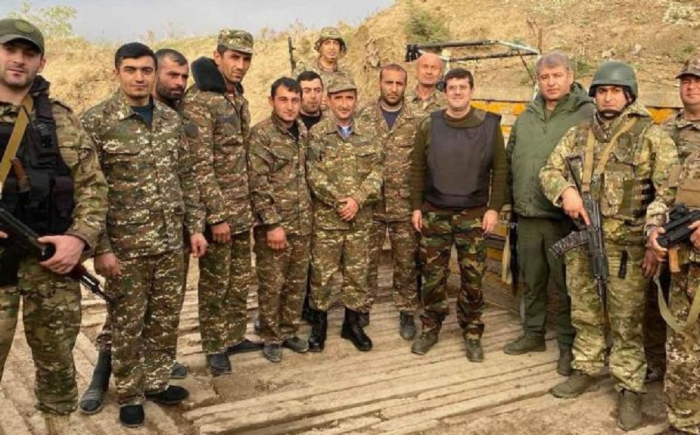 After signing an agreement on unconditional surrender on the night of November 10, Armenia began the withdrawal of the Armenian army from the territory of Azerbaijan previously occupied by it. Both the authorities in Yerevan and the neighboring states of Armenia will invariably face the question: Where will the numerous mercenaries, militants and terrorists go or go, whom Pashinyan brought to Karabakh from all over the world and who were defeated by the Azerbaijani army, but not completely destroyed.

The Armenian leadership owed the promised payment to many mercenaries. They are hungry, angry and basically do not know where to apply their bloody skills. However, they already have the experience of organized military operations, as well as the desire to fight for “great Armenia” somewhere else, after the Karabakh adventure by “Artsakh” and “miatsum” of Armenian nationalists failed in disgrace.

Meanwhile, Armenia itself is poor. A military defeat only aggravates the economic crisis. This is not to mention the absolute and unstable internal political situation. In addition, the Armenian authorities would like to quickly "float" the militants and terrorists who have not been killed in Karabakh somewhere far away.

But in conditions of quarantine restrictions and closed borders, you cannot go far from Armenia. In addition, many of the terrorist mercenaries, as we noted above, who were counting on substantial fees in the event of a successful adventure with keeping Karabakh under Armenian occupation, do not even have money for a ticket from Armenia.

Therefore, the terrorist threat on the borders of Georgia can reach a very high level in the very next few days. The unfinished Armenian "Javakh" separatists, who passed illegally across this border from Georgia to Armenia and further to the war in Karabakh, will pull back. Moreover, they have nothing to do in Yerevan and Armenia. The economic disaster is getting worse. There is total unemployment everywhere. It is even elementary to find housing when Yerevan is overcrowded with separatists who fled from Karabakh, is problematic.

This means that embittered, angry and hungry militants will again move to Georgia. And, alas, perhaps not alone. Together with them, militants and terrorists from Lebanon, Syria, Krasnodar and Stavropol territories of the Russian Federation, Abkhazia will climb like locusts on Georgian territory.

So it became known from social networks that the militants from among the notorious so-called "Cossacks" (many of whom were commonplace criminals who had nothing to do with real Cossacks), who, together with the Armenian militants from the battalion named after. Baghramyan fought on the side of the separatists against Georgia in Abkhazia; Karabakh was also transferred from the Krasnodar Territory and Abkhazia together with the Armenians.

These videos were taken on the Facebook page of Sergei Nikitin (who has an ardent Georgian phobia). And here's a comment on those videos:

“The Kuban volunteers in Karabakh, while the authorities are cleverly and duplicitously planning a cunning plan for both ours and yours, to justify the cowardice and stupidity of the top, while the corrupt traitors to Russia bought by the Turks on the cheap, for cognac and praise of Eastern flattery compete with the cunning planners who justify the hypocritical duplicity of the authorities ordinary people go to fight against evil, for Karabakh, for Armenia and on the distant approaches for Russia .. The video was sent by friends from Krasnodar "

Many of these fighters and mercenaries may not want to return in defeat and disgrace. And there is a risk that they will try to participate in a possible separatist mutiny on Georgian territory. In particular, in Samtskhe-Javakheti ...

It is not excluded that Russia will interfere in the situation in Samtskhe-Javakheti, which may be specially supported here by separatist sentiments and the separatist movement. Such support may appear after the separatist "Artsakh" and new reasons - to postpone as much as possible the raising of the issue of immediate de-occupation and return of the unified Georgian state of the territories of Abkhazia and the Tskhinvali region by analogy with Azerbaijani Karabakh.