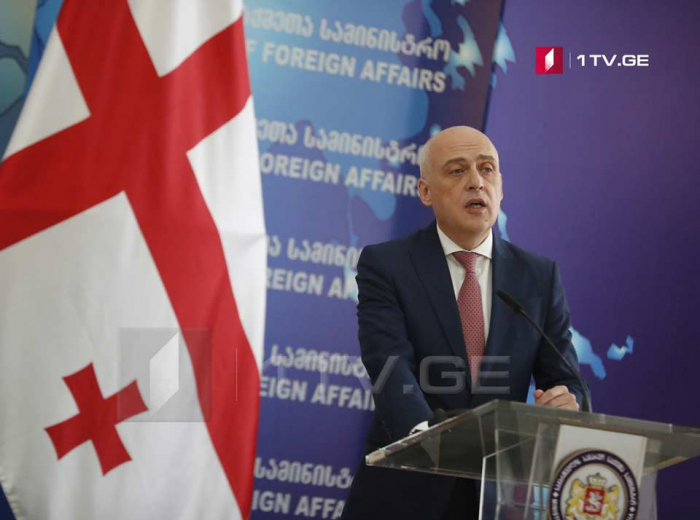 Foreign Minister Davit Zalkaliani said that the new cartographic materials obtained as part of delimitation-demarcation process of the Georgian-Azerbaijani border could change the 2006-2007 agreement.

Zalkaliani made the above remarks at the press conference with the Minister of Foreign Affairs of the Republic of Azerbaijan. As Zalkaliani noted, the materials were obtained by the Georgian side and provided to Azerbaijan as well.

“We are actively working on the issue of border delimitation-demarcation. As you know, there were incidents in Davit Gareji last year. We actively started working within the joint commission. The composition of the commission itself was also renewed. Due to the pandemic, the meetings of the commission were delayed, however, its work has not stopped. We have obtained new additional cartographic materials and provided them to Azerbaijan.

Analyzing these materials, I do not rule out the need to revise the agreement reached in 2006-2007. I hope we will have progress. The Commission should resolve this issue bilaterally, to the benefit of both countries. Both sides have a constructive approach to this issue,” Zalkaliani said.