"A billionaire came from Moscow and we became hungry", the Karabakh Armenians increasingly say. 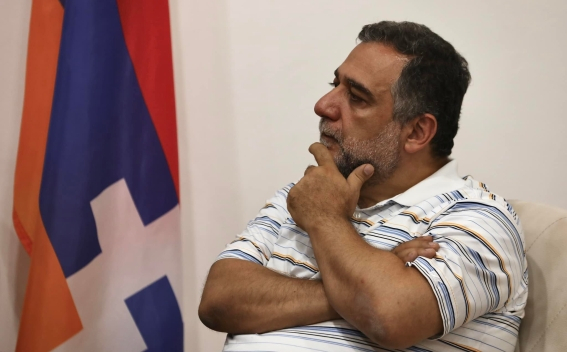 The "alliance" between Russia and Armenia has suffered another, this time seemingly fatal, crack. For the first time in history, Armenia, through the mouths of its prime minister, "sent the Russian army away". The very army, thanks to which Armenia was born on foreign soil, and which still exists.

However, a careful analysis of the situation in the South Caucasus and the post-Soviet territory in general, shows that Pashinyan has every reason to be afraid of the Russian army on the Armenian territory. And it is not by chance that he seeks to "evict" them. Moreover, the Russian army poses a threat not only to Armenia and Pashinyan's government, but also to Georgia.

It all started when Russia announced the holding of joint exercises of peacekeeping contingents of CSTO "Unbreakable Brotherhood-2023" in Armenia, and active preparation for these exercises began. Against a very unfamiliar backdrop.

The anti-Russian rally in front of the Russian military base in Gyumri on 8 January 2023 was organised by the political movement National Democratic Pole of Jirayr Sefilian. Demonstrators blocked the road to the Russian military base, called Russia an 'occupier' in their speeches and demanded the withdrawal of Russian troops from Armenian territory. Although the Armenian police later unblocked the base, many analysts believe the rally was arranged in consultation with Pashinyan.  This demonstration of discontent largely reflects sentiments within the Armenian government, which has been anti-Russian since it came to power in 2018, but has played the "ally" of Russia in the CSTO for the time being. Doing nasty things underhandedly and breaking up this military bloc from within.

One need only recall the arrest in 2018 of CSTO Secretary Yuri Khachaturov, and the fact that in September 2022 Armenia had already once refused to host a CSTO exercise (formally because of the situation on the border with Azerbaijan). Moreover, last November, at the CSTO summit in Yerevan, Nikol Pashinian refused to sign the draft declaration of the CSTO Collective Security Council and the document on joint assistance measures to Armenia. The decision was formally explained by the fact that the documents lacked "a clear political assessment of the situation on the Armenian-Azerbaijani border".

And already on January 10, 2023, it became clear that Nikol Pashinyan's views on military cooperation with Russia did not differ much from those of Giraj Sefilian. Armenian Prime Minister Nikol Pashinyan not only refused to allow Russia to hold another CSTO exercise on its territory, but also stated directly that Russia's military presence in Armenia poses "threats to Armenia's security".

"The Armenian Defence Minister has informed the CSTO Joint Staff that in the current situation we consider it inexpedient to hold CSTO exercises on the territory of Armenia. At least this year such exercises will not take place in Armenia," Nikol Pashinyan told a news conference.

Grounding his decision, Pashinyan noted that "...Azerbaijan has been recently justifying its aggressive actions during contacts with Western colleagues with fears that Armenia and Russia are preparing joint aggressive actions against Azerbaijan, and they (Azerbaijanis) are taking preventive actions...We draw the attention of our Russian colleagues to this fact, recording that in conditions of their silence it turns out that the military presence of Russia in Armenia not only does not guarantee the security of the Republic, but on the contrary, it creates a security vacuum.

The CSTO secretariat stated that Armenia has previously agreed on the need to hold trainings with the CSTO peacekeeping forces "Enduring Brotherhood-2023" in its territory, and so far the CSTO secretariat has not received official reports from the Armenian side to cancel these exercises. At the same time, the secretariat said it "understands" the situation in Armenia.

"We understand the current situation in the Republic of Armenia, which cannot allow this year's planned CSTO peacekeeping exercises to be fully conducted. The CSTO Secretariat and the Joint Staff are making every effort to implement in full the plans of combat training of the troops (collective forces) approved by the statutory bodies of the organization in order to increase their readiness for the security of the CSTO member states," reads the official statement of the CSTO Secretariat.

This statement by the CSTO secretariat indicates one thing - Russia does intend to "push" the decision to hold CSTO exercises in Armenia. The question arises - why would Russia want to do this? Especially given the disastrous situation it is facing "on the Ukrainian front", where all combat-ready military formations have been drawn away.

The answer to this question can be obtained by carefully comparing the situations both in the war in Ukraine and in Armenia and in the zone of responsibility of the Russian peacekeepers in Azerbaijan's Karabakh.

To begin with, Ruben Vardanyan, a Russian billionaire of Armenian origin, was "landed" in the Azerbaijani Karabakh zone of responsibility of the Russian peacekeepers (clearly in agreement with the Kremlin) for a reason. In fact, he was tasked with organising "miatsum-2" in the new realities. At the same time, to repeat the "success" of Karabakh clan of 90s that rose at Miasum-1 not only in the war against Azerbaijan but also in the seizure of power in the Republic of Armenia, "relying on Karabakh". Of course, all this was planned after either the Kremlin managed to achieve any success in the war in Ukraine or to "freeze" the conflict in order to free up forces for redeployment to the South Caucasus.

However, the problems of the war in Ukraine, as well as the position of the Azerbaijani authorities and public activists outraged at the plundering of Azerbaijan's subsoil and the damage to the environment on Azerbaijani territory, prevented the initiators of this plan from realising it "calmly". For more than a month the Lachin road has been under the control of Azerbaijani environmental activists. This rules out the transfer of weapons and fighters into Karabakh from Armenia.

Although the Azerbaijani side is prepared to let humanitarian cargo through without restriction if it is inspected, the separatists and Ruben Vardanian refuse to cooperate with the Azerbaijani authorities in the humanitarian sphere. In effect, taking the Armenian population of Karabakh hostage. At the same time, the separatists try to present the situation in the zone of responsibility of the Russian peacekeeping contingent as a "humanitarian catastrophe" and a "new genocide of Armenians".

As a result, in the zone of settlement of Armenians in Karabakh, a game has started about the alleged introduction of a "card" system of food distribution and regular power cuts. The population is dissatisfied and increasingly blames their plight not on Azerbaijan (as Armenian nationalists would like) but on separatists and Ruben Vardanyan, who "fell on their heads" from Moscow. "A billionaire came from Moscow and we started to starve", the Karabakh Armenians say more and more often.

Simultaneously, the pro-Russian revanchists from the Karabakh clan in Armenia have become complete marginalised. The Republic of Armenia was simply flooded with Armenians from the Russian Federation, who had fled here from mobilisation and being sent to fight in Ukraine. The prospect of fleeing from the war in Donbass or Kherson to go and fight for Karabakh does not inspire them at all. Neither are their relatives living permanently in Armenia.

Nevertheless, the plans to start a revanchist war with Azerbaijan over Karabakh with the help of the Russian army have not disappeared. But to do this, Nikol Pashinyan must first be removed from power. To "repeat the success" of the early 1990s and win the war, having in power in Armenia a politician not entirely loyal to the Kremlin (back then it was Levon Ter-Petrisyan), is clearly not possible.

It is also unrealistic to expect the revanchists to come to power in Yerevan "on their own". In fact, a military coup using Russian troops stationed in Armenia is the only chance for the Kremlin and the pro-Russian Armenian lobby to implement their "miatsum-2" plans. And the CSTO exercises are an excellent pretext to put its troops in Armenia on alert for just such a coup.

Nikol Pashinian understands this very well. He tries his best to avoid the "fraternal military embrace" of Russia, a CSTO ally, and refuses the Kremlin to bring in CSTO exercises. Sometimes rudely and undiplomatically, as on 10 January 2023.

But Russia continues to insist on a CSTO exercise in Armenia. The Armenian lobby in Russia is well aware that it does not have much time. If Russia continues to suffer further defeats in the war in Ukraine, operations in the South Caucasus in the name of implementation of "Great Armenian" plans by Russian forces will have to be forgotten once and for all. Not to mention the fact that Ruben Vardanyan's current "mastery" in the zone of responsibility of Russian peacekeepers may simply provoke the Armenian population to flee the region from "hunger and cold" and there will simply be nobody to "save" the aggressors.

As a last resort, the Kremlin could even go "va-bank". Namely, to "force a military corridor" through Georgia in order not only to bring its proxies to power in Yerevan, but also to start a new Karabakh war. "Justification" for such occupation operations has already been practiced by the scenarios in Ukraine, through fake referendums.

It is no coincidence that Artashes Geghamian, chairman of the National Unity Party, the mayor of Yerevan in 1989-90 (the height of "miatsum-1") recently said that: "Armenia should recognise the independence of 'Artsakh' and allow a referendum to be held there on joining the Russian Federation." That is, "miatsum-2" is already planned to be carried out through the annexation of Azerbaijani lands directly by Russia. And again, without a "military corridor" through Georgia to implement such plans will be unrealistic.