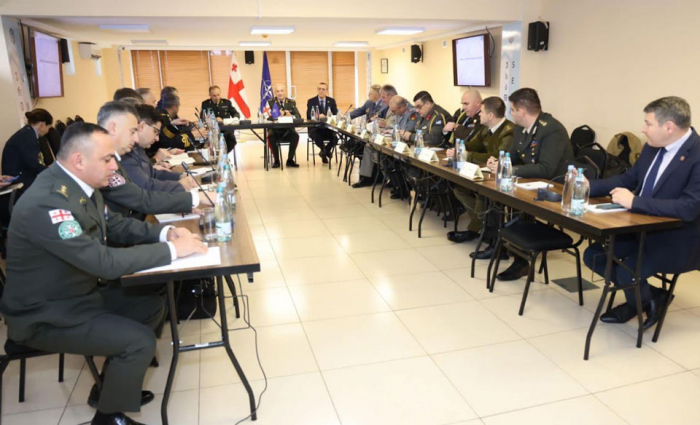 Military attaches from NATO member states accredited in Georgia were briefed on ongoing military reforms within the scope of the Association Annual Plan.

According to the Georgian Defense Ministry, General Irakli Chichinadze hosted the diplomats at the Defence Institutional Building School (DIBS).

The invited delegates were informed in-depth on several initiatives that had been completed. The military attaches reaffirmed their commitment to continuing close cooperation to develop Georgia’s defence capabilities under NATO standards.