Mamuka Mdinaradze: We have decided to send the bill on deoligarchization to the Venice Commission - we won't consider the law in the third reading and will wait for the conclusion 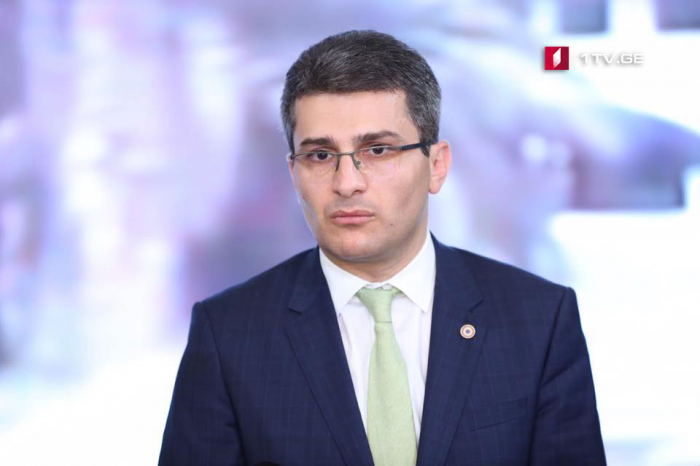 According to Mamuka Mdinaradze, executive secretary of Georgian Dream, and chairman of the majority faction, the ruling team will send the draft law on deoligarchization to the Venice Commission for a legal opinion.

As Mamuka Mdinaradze explained at the briefing held at the party office, they will no longer discuss the draft law in the third reading and will wait for the conclusion of the Venice Commission.

Georgia­n Dream calls on the commission to evaluate the law in a timely manner.

In addition, it is known to the public that the European Union Commissioner for Enlargement, Oliver Varhelyi, has urged us to forward the bill to the Venice Commission. The same request was voiced by the new EU Ambassador to Georgia, both through mass media and during personal communication.

In the conditions when the same Ukrainian law received the approval and highest evaluation from the President of the European Commission, when Ukraine and Moldova received the candidate status, and Georgia received the European perspective from the European Union, and at the same time, the Ukrainian Parliament is waiting for the Commission's conclusion, we really do not consider it necessary to send it. However, since we respect the call of our friends, since, as we have already said many times, we don't see any problems, so that there is no room for speculations, so that there is no room to accuse this country and the Georgia­n Dream, we have decided to send the bill to the Venice Commission for a legal opinion. Accordingly, we won't consider the law in the third reading and will wait for the conclusion of the Venice Commission.

Naturally, during our communication, there will be a request and call for the law to be legally assessed in a timely manner, the process to be accelerated and not to resemble the case of Ukraine, when it took more than a year to get a conclusion," Mdinaradze said.