Azerbaijan and Georgia - cooperation, transit and a "joint exit" from the shadow of an outmoded empire. 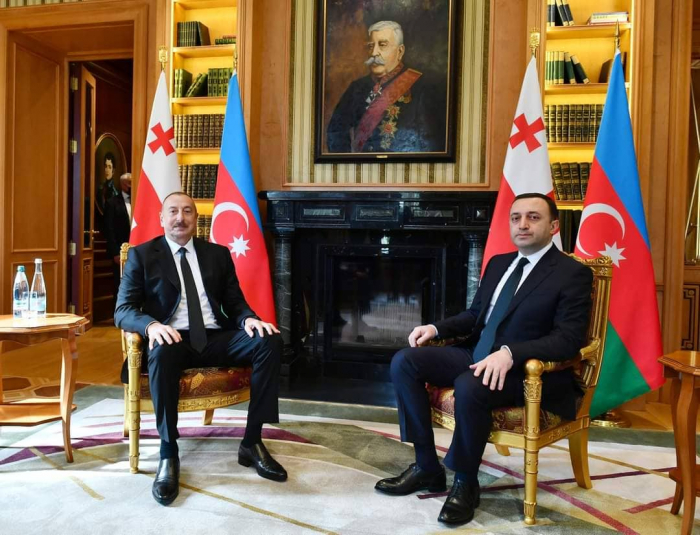 On 24 October 2022 the President of Azerbaijan made a working visit to Georgia. The timing of the visit is extremely significant. Tectonic changes are taking place in the region and generally in the pro-Soviet space. Russia, which has done so much to destabilize the situation in the South Caucasus in its policy of supporting separatism and total redrawing of borders, is itself caught, figuratively speaking, in a "Ukrainian trap".

Today, Russia is clearly defeated in its adventure of aggression against Ukraine. As a result, on the one hand, Azerbaijan and Georgia become "roads of life" for Russia, which is in international isolation, providing access to Turkey and the outside world in general, and on the other hand, the Kremlin is no longer able to prevent the development of transit through Azerbaijan and Georgia bypassing its own.

Today, after Azerbaijan resolved the issue of "defusing" the separatist mine in Karabakh during the 44-day war, but there are still bleeding wounds of Georgia's territorial integrity in Abkhazia and Samachablo, cooperation between Georgia and Azerbaijan is all the more urgent. It is also important in overcoming the consequences of the ugly imperial policy and building a new peaceful South Caucasus as a linking bridge between Eastern and Western nations.

While meeting with President Ilham Aliyev, the Prime Minister of Georgia, Irakli Garibashvili noted that Georgia and Azerbaijan are closely cooperating in terms of foreign policy and are working together to overcome the existing challenges: "I would like to reiterate that Georgia, I and my government declare that we are fully ready to continue and support the peace policy that we started together. I also want to note that the mentioned peaceful neighborhood initiative does not contradict or replace any other cooperation format, on the contrary it will help, and I believe that together we will do a lot of important things" - said Garibashvili.

The meeting noted a sharp increase in both goods turnover and investments, transit traffic, as well as trade between Georgia and Azerbaijan. According to the President of Azerbaijan Ilham Aliyev, Azerbaijan has invested three billion dollars in Georgia.

"Regarding the bilateral agreement and the format, we are happy that the trade turnover is increasing and in the last nine months we have crossed the one billion dollar mark. Azerbaijan has invested significant amounts in Georgia, and these investments develop cooperation. Azerbaijan has invested three billion dollars in Georgia, and we believe these investments will be mutually beneficial", Ilham Aliyev said.

Ilham Aliyev drew attention to the prospects of growth of energy transit through Georgia: "We have an opportunity and plans to export almost 20 billion cubic metres of natural gas to Europe by 2027. Naturally, we discussed it with the prime minister of Georgia. There will be new topics to discuss. Baku-Tbilisi-Ceyhan pipeline will increase export. We also want to use the Baku-Supsa terminal, I know it is not working now, but we want to load this channel as well", Ilham Aliyev said.

According to President Ilham Aliyev, cargo turnover between Georgia and Azerbaijan has increased by 75%, and he emphasized the role of the new Baku-Tbilisi-Kars railway: " I have to say that the Baku-Tbilisi-Kars railway can be used to load five million tons, we will make more capital investment in this direction next year. There will be more financial resources allocated in this corridor. We are going to use this route to transport cargo to Europe across the Caspian Sea, through Azerbaijan and Georgia, and develop new routes".

Ilham Aliyev believes that it is in the interests of all countries to develop the Baku-Tbilisi-Kars route and to use Georgian ports for cargoes from Central Asia to Europe and vice versa: "To develop transport capacities we must develop relations with our neighbours, otherwise we will not be a reliable transit country. We have a friend, a neighbour and a partner country in Georgia. All in all, considering the fact that energy demand is on the rise, Georgia and Azerbaijan are on the same front and we will work together to make sure that our national interests, the interests of our brotherly nation are built on this relationship, to create such an important relationship that the world will benefit from. This is based on our friendship with the support of our nations, our countries and our leaders. I see this opportunity and I thank the Prime Minister of Georgia for inviting me to this beautiful place. I would like to wish our friendly and brotherly nation eternal prosperity," Ilham Aliyev said at a press conference held together with the Prime Minister of Georgia Irakli Garibashvili.