"Great Armenian warriors" swing between Russia and Armenia, fleeing en masse to Turkey! Armenians escape to Turkey - this is the reality of September 2022 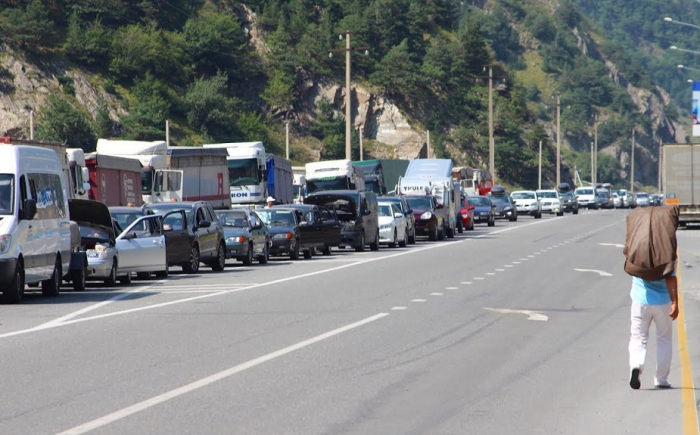 Russian President Vladimir Putin's announcement of mobilisation led to a veritable "great migration" of one very brave and courageous ancient people. All tickets to Istanbul and Yerevan from Russian airports were instantly sold out, with the number of Armenian names on flights to Istanbul sometimes slightly inferior to those on flights to Yerevan. The people who, as Armenian propaganda claims, gave Russia "two marshals and a hundred generals" are clearly not burning with a desire to fight for Russia in Ukraine now.
Those Russian citizens of Armenian ethnicity who previously resettled in Russia to avoid serving in the Armenian army are also fleeing to Armenia. They have obtained Russian citizenship, but now they do not want to go to war in Ukraine either.

One of the typical questions on Armenian social networks, enlightened by "repatriation to Armenia": "If a person dodged the army in Armenia and has been living in Russia since the age of 16, now wants to go back and has already turned 27. In this case, what can be done? They say that in Armenia they abolished the payment of fines and such people face imprisonment. It is possible in principle that such "crafty" people will not be thrown in prison, but they may well be taken into the Armenian army if the situation escalates.

Thousands of Armenians have suddenly found themselves in a "state of limbo" and the need to choose which army to serve in and which war to fight in. They are now literally "torn" between the Russian Federation and the Republic of Armenia, not knowing where to wait out the turbulent times, but not wanting to put on a military uniform.

This is despite the fact that no one in Russia so fiercely incited the war and so insistently pushed the Russian leadership to the current aggression against Ukraine as the Armenian lobby. Even now, Kremlin propagandists such as Margarita Simonyan feature aggressive and provocative bellicose rhetoric, openly threatening nuclear war. However, even an "ordinary" non-nuclear war frightens her countrymen, who have suddenly forgotten that they are "descendants of the great invincible warriors".

As a result, the road to Georgia through Upper Lars is jammed with cars with Russian citizens fleeing mobilization, almost every second of whom has a surname with the word " Jan". Russian citizens of the "oldest ethnicity" fleeing the war are very nervous. Many Armenians, in addition to Russian citizenship, also have Armenian passports. Therefore, social networks are full of questions about whether it is possible to leave Russia as an "Armenian citizen" showing one's Armenian passport on the border and hiding the Russian one in order not to be mobilized.

Actually, according to the latest information, the Russian border guards are already "checking" people with dual citizenship, who have already been issued summons by military registration and enlistment offices. "Great warriors" are going to various tricks to get rid of their "military duty" towards Russia, love for which they swore so recently.

What is most interesting is that a much smaller, but still very large, flow of representatives of the "ancient militant people" from Armenia is coming to the Russian Federation to meet this flow. Armenian citizens come to Russia, mainly from Zangezur or residing in the zone of responsibility of Russian peacekeepers in Azerbaijan's Karabakh. However, on the contrary, they are already fleeing the war in the South Caucasus and are not eager to fight for Armenia.

For those Armenians who do not have Russian citizenship, they hope to wait out the "difficult times" in Russia without being drafted into the Russian army and without getting involved in a war with Azerbaijan, the likelihood of which has risen sharply since the situation on the border deteriorated. The most "calculating" of them go through Russian territory to separatist Abkhazia that is rapidly becoming the "new Armenia". Others are "stuck" in Georgia, especially those who have relatives among Tbilisi or "Javakhk" Armenians. This is an additional threat to stability in Georgia, as reluctance to fight for Armenia or the Russian Federation does not mean that these ethnic Armenians have been cured of nationalism and xenophobia.

Surprisingly, the most "fortunate" of both Armenian and Russian citizens of Armenian ethnicity are those who have managed to escape the war and mobilisation in Turkey, so hated by Armenian nationalists. Moreover, some Armenian parents literally "push" their children of conscription age into Turkish territory. They are not afraid of "genocide" at all; on the contrary, they perfectly understand that for them and especially for the holders of dual citizenship (Russian and Armenian) this is the only chance not to be killed in the war in Ukraine and in Zangezur in frantic attempts to prevent the opening of the transit corridor. Armenians are saved in Turkey - this is the reality of September 2022!