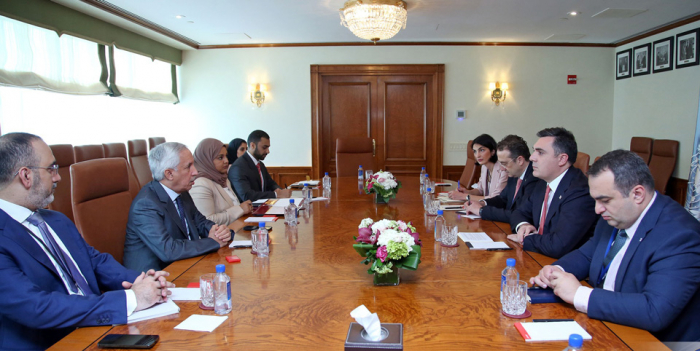 Georgian Foreign Minister Ilia Darchiashvili on Monday held a meeting with his Qatari counterpart Soltan bin Saad Al-Muraikhi, as part of his visit to New York.

Trade and economic cooperation and the countries’ “great potential” in this regard were in focus, the Georgian MFA said.

The FMs also reviewed the successful operation of Qatar Airlines in Georgia which “contributed to the deepening of people-to-people ties.”

The dignitaries agreed to work with the involvement of relevant agencies to deepen economic ties and sign relevant trade agreements, the press statement reads.

The UNGA 77th session opened on 13 September, with the top-tier debate running from 20 September to 26 September.