Pashinian agrees to peace, but someone wants to "sacrifice Armenians" 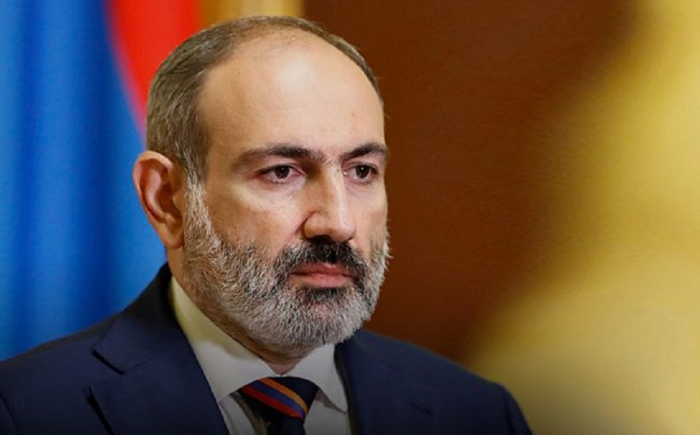 An unprecedented statement was officially made last night by Prime Minister Nikol Pashinyan. He said he was in fact ready to sign a peace treaty with Azerbaijan and recognise its territorial integrity (including Karabakh of course). The fact that this will be perceived as "betrayal" and unconditional surrender by many of the nationalist-minded Armenians was also well understood by Nikol Pashinyan:

"We will sign a paper that will result in many people saying traitors" I have taken on the responsibility of taking hard decisions for peace. We must go towards these decisions to guarantee RA security, lasting stability, peace. Today we cannot sign a paper called "Peace Agreement" that will start a war in 6 months, we want to sign a paper that will result in many people criticising us, many people cursing us, many people calling us traitors, people may even decide to overthrow us, and we will be happy and thankful that as a result peace and security will prevail in the Republic of Armenia, which extends over 29 800 square metres. I am saying very clearly that the solution that will ensure this, I am saying very clearly, I will sign this solution. And I don't care what happens to me next, I care what happens to Armenia next," said Nikol Pashinyan.

Nikol Pashinian agreed to peace after his attempts to stir up war and "drag in" Russia as a CSTO ally ended in a complete fiasco. But in response the CSTO sent a "mission to assess the situation" and Russian President Vladimir Putin vaguely announced "additional practical steps aimed at de-escalating tensions" on the border between Azerbaijan and Armenia. In other words, Russia, "thoroughly entangled" in the war in Ukraine, made it clear that it would not now fight for Armenian interests.

After it became clear that the Armenian army could not oppose the Azerbaijani armed forces alone and could only suffer losses, surrender posts and territories and flee, it was in this environment that Nikol Pashinyan's statement on the need for Armenia to sign a peace treaty was voiced.

"Dear nationals, I urge you not to try to manipulate.

No document has been signed and no document is going to be signed. This is an information diversion directed by external unfriendly forces to break the country's resistance."

A number of analysts suggested that Pashinian was simply "scared of the street" and of being toppled by the same revanchists. But the revanchists have repeatedly tried to remove him from power in this way. They did not succeed with street protests.

The "Karabakh clan", with its rampant corruption, is so hated by most Armenians that, despite the rabid propaganda about "Pashinian's betrayal", people have not followed the "exes". Nor is there any real threat of a coup this time. However, what is far more likely is that Nicholas Pashinyan was "asked" not to hurry to sign the peace treaty with Azerbaijan by much more powerful forces from outside. And we can guess which ones.

The fact is that on the eve of Nikol Pashinyan's statement on peace, France-Presse (AFP) reported on 13 September 2022 that France is convening the UN Security Council to discuss the deteriorating situation on the Armenian-Azerbaijani border. Paris currently holds the presidency of the UN Security Council. In other words, it turns out that France is convening the UN Security Council to announce to the world "the threat of genocide of Armenians", while Armenians do not accept the role of "victim" and sign peace with Azerbaijan. Russia, which is interested in Zangezur corridor and not to divert its so much needed military forces in Ukraine to the South Caucasus, in fact, has been pushing them to it lately. It turned out that the whole French "game" with Armenia as a fake "victim of aggression", which should be urgently "rushed to the aid" was broken at the root.

For France to feel again like a "power with pretensions" it needs precisely "victims" to whom it "comes to the rescue" by assembling all kinds of coalitions. In the Middle East and the Mediterranean basin such a coalition is taking shape before our eyes, and it is strongly anti-Turkish. Apart from France, this coalition includes Greece, Egypt, Iran and Armenia.  If Armenians start an escalation and "lose" it with a bang, even if they lose territories, it will make the "coalition" more united. Armenian nationalists, on the other hand, are determined to shout to the world that France is the next "saviour" of Armenians and that Russia has "betrayed" them. This will make Armenians "eternally indebted" to Paris.

France does not care much about the fact that hundreds, if not thousands, of Armenians will be killed, while the "fragment" of Armenia will be doomed to hopeless poverty and depression. After all, it is not the first time in history that it has sacrificed entire peoples. However, the prospect is unlikely to give rise to encouragement among sensible Armenians. They must realise that being an "eternal victim and a bargaining chip in someone else`s game is not the best prospect for a small nation in today`s world.