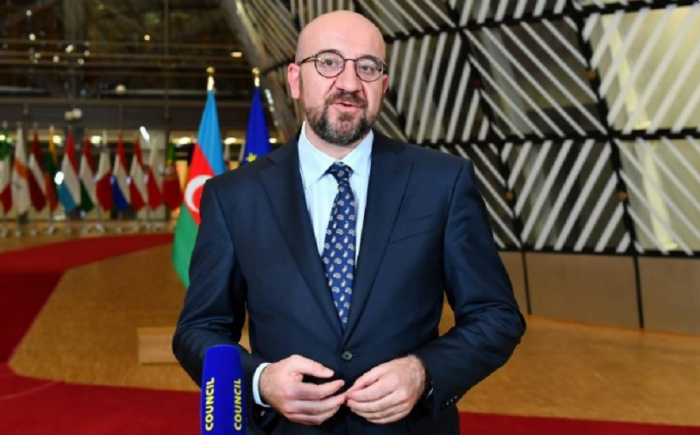 The war in Ukraine and the EU's de facto blockade of Russia has resulted in higher energy prices, on which the same EU is critically dependent. The Caspian basin countries, including Azerbaijan, can make up for what the EU is missing from Russia. It is not incidental that European Commission's President Ursula von der Leyen and EU Energy Commissioner Kadri Simson visited Baku on July 18, 2022. According to the results of the visit a memorandum was signed then on the increase of Azerbaijani gas supplies to the European market.

However, Brussels' heightened interest in the South Caucasus region is not limited to increased gas supplies. There is a clear European interest in reaching Central Asia via the South Caucasus, a region that has become increasingly important to European corporates as they have begun to withdraw from the Russian market. Here too, the main problem hindering the development of transit through the region remains the Armenian or Zangezur "barrier", which for all major geopolitical players would be better transformed into a corridor as soon as possible. And for Europe, as well as for Russia, which now vitally needs new land routes for ties with Turkey.

There is already an agreement in principle to unblock the Zangezur corridor.  It is a key point in the Russian-brokered agreement on the outcome of the 44-day war. But lately, there has been a peculiar competition between Russia and the EU - who will "grab Zangezur corridor" faster and play a key role in its unblocking. The price of this issue is high - control over a significant part of the transcontinental transit stream.

Obviously, Russia has a significant "trump card" in unblocking the communications. It is the Russian military, which is so far in Karabakh in Azerbaijan as peacekeepers, has been ensuring the functioning of the Lachin corridor for nearly 2 years, and will have to ensure the smooth functioning of the Zangezur corridor. But the EU is completely unwilling to put the new transit route entirely under Russian control. It is important for Europe that the role of the Russian military in ensuring the transit is reduced to a minimum and, if possible, phased out as soon as possible. As is the Russian military presence in the South Caucasus. The EU is also well aware that Russia will impose its presence by relying on the Armenian side and convincing Armenians of the alleged 'danger of genocide' if the Russian military leave the region.

Should Azerbaijan and Armenia themselves or with the mediation of the EU manage to agree on the functioning of the transit communications, should a peace treaty be signed and fruitful cooperation between Armenia and Azerbaijan and Turkey be established, Russia with its "power component", in fact, may not be needed in the region at all. Of course, it will use Zangezur corridor, but on equal terms with other countries, but not as "key player, providing safety". And especially not as a force betting on revanchists in Armenia and a return to the logic of separatism, redrawing borders and ethnic cleansing.

Therefore, it is not surprising that almost the main topic of a trilateral meeting of Azerbaijani President Ilham Aliyev, Armenian Prime Minister Nikol Pashinyan and EU Council representative Charles Michel in Brussels on 31 August 2022 was the issue of unblocking the transport communications, the same Zangezur corridor. The EU clearly wants to speed up the processes in which it will become its main moderator. At the same time, the EU is curtailing the Armenians, hence the mention of the possible release of the detained Armenian saboteurs with EU mediation.

Charles Michel made an official statement following the tripartite meeting:

«As agreed during our last meeting in May, I hosted President Aliyev of Azerbaijan and Prime Minister Pashinyan of Armenia today.

This was our fourth discussion in this format. Our discussions focused on recent developments in the South Caucasus and the relations between the EU and both countries.

Our exchanges were open and productive - and I would like to thank both leaders for that. We reviewed the entire set of issues on our agenda.

It is positive to see that quite a few steps have been taken to take forward the agreements reached during our last meeting.

Today we agree to step up substantive work to advance on the peace treaty governing inter-state relations between Armenia and Azerbaijan and tasked the Foreign Ministers to meet within one month to work on draft texts.

We also had a detailed discussion on humanitarian issues, including demining, detainees and the fate of missing persons.

President Michel stressed to Azerbaijan the importance of further release of Armenian detainees.

The EU will continue to be engaged in these questions.

We reviewed progress on all questions related to the delimitation of the border and how best to ensure a stable situation.

We agreed that the next meeting of the Border Commissions will take place in Brussels in November.

We reviewed progress of discussions on the modalities for unblocking the transport links.

With all these discussions, I would like to underline that it is important to take the population along on both sides and prepare them for a long-term sustainable peace.

Public messaging is critical in this regard – in a sensitive situation like this every word spoken in public is obviously listened to by the other side and weighed.

The EU is ready to further step up its support towards a long-term sustainable peace. The EU will also continue to push for the advancement of economic development for the benefit of both countries and their populations.

We have agreed to meet again in this format by the end of November.»

The statement by Charles Michel shows that the EU is keen to sign a peace agreement between Azerbaijan and Armenia as soon as possible, as well as to unblock communications. The EU's mediatory role had already made the Russian Foreign Ministry "jealous" even before the trilateral meeting in Brussels. To the extent that Russian Foreign Ministry spokesperson Maria Zakharova responded to a question from the Azerbaijani Moscow-Baku portal about EU mediation in the Nagorno-Karabakh conflict by saying that EU activity in the South Caucasus "is determined by geopolitical ambitions" and is very similar to an attempt to "blatantly appropriate mediation laurels by those who try to pass themselves off as mediators while they are not mediators".

However, we should note that there were no obstacles for the Russian Federation to accelerate the unblocking of communications and the opening of the Zangezur corridor. Recall that the Lachin corridor began functioning smoothly under Russian "supervision" immediately after the end of the 44-day war. In August 2022 Azerbaijan built a new road and Lachin corridor moved "to a new route".  Nothing prevented Russia at the same time to immediately organize and operate Zangezur corridor, and if they wanted, to build a new road through Meghri in the shortest possible time. And then, no one would have "appropriated laurels of mediators". However, the Kremlin hoped for a long time that revanchists would return to power in Armenia, and then started a reckless adventure with aggression in Ukraine. And as a result, Russia has put itself in a situation where other geopolitical forces become peacemakers in the South Caucasus.