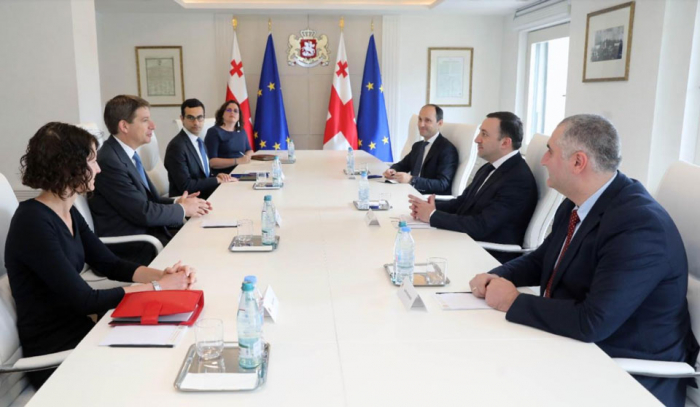 The meeting focused on the strategic partnership between Georgia and the United States of America. The parties discussed the ongoing cooperation between Georgia and the DFC, as well as prospects of future interaction, including toward scaling up economic cooperation and attracting investments. The meeting underlined the significant role of the DFC in empowering the country’s financial sector.

Irakli Garibashvili reassured Scott Nathan of the Georgian Government’s firm support for the plan to establish a DFC regional office.

The DFC, one of the key financial tools of the US Government, has been collaborating with Georgia since the 1990s, having invested 800 million USD in over 60 projects since 1993.