Looters "settled" in captured Ingush houses, while their native Ossetian villages of the Tskhinvali region of Georgia stand empty. 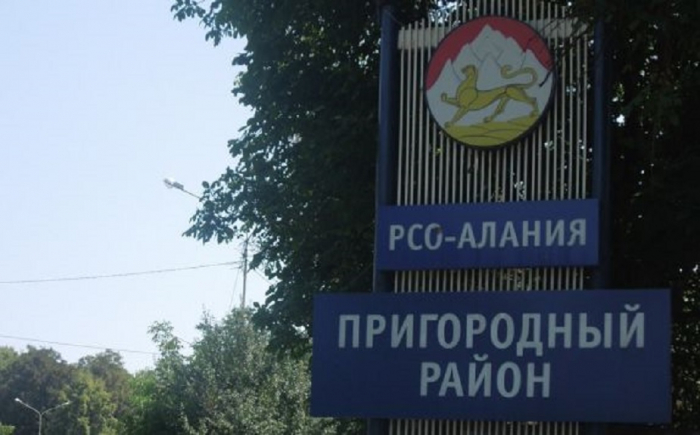 But this is well known to the Ingush, ethnic cleansing of which was organized by the authorities of North Ossetia, the Russian FSB and the Russian army in 1992. Apart from nationalists of North Ossetia, separatists of Tskhivali region also were known to have taken part in atrocities towards Ingush civilians. In the course of the ethnic cleansing the separatists seized "trophy" Ingush houses and moved in and are still living there. So far Ingush citizens of the Russian Federation are still unable to restore justice and achieve return to their homes and get their real estate and property that was taken away by marauders.

As a result, at the moment when looters are "settling" in the captured Ingush houses, their native Ossetian villages of the Tskhinvali region of Georgia are standing empty. Despite the fact that the Russian occupants supposedly "liberated" them and gave the separatists a fake "independence".

The picture is somewhat reminiscent of the situation in separatist Abkhazia. Today, Abkhazian villages are empty and dying out, while Abkhazians, drugged by separatism and looting, are living in homes and flats in Sukhumi and Gagra, from which they expelled Georgians. But they are still not masters in Abkhazia.

Anatoly Bibilov came to visit marauding separatists who formally remain "citizens" of the fake separatist entity "South Ossetia" although they left it long ago and have no intention of returning. The separatist leader agitated them to vote for him in the so-called "presidential elections of South Ossetia". This is additional proof of the falsity of these illegal "elections". What kind of "elections" are held on the territory of the occupant country and to which there is no access for independent observers? At the same time Bibilov campaigned for a "referendum" on "joining of South Ossetia to Russia" and in fact, annexation of the Tskhinvali region.

"I want our people to make the right choice on 8 May. I have never divided and will never divide our people. For me there are no "Bibilovites" and "Gagloites", I will not divide us into natives and outsiders, into North and South - we are one people and we are choosing our Tomorrow.

For me the outcome of the elections is directly linked to how our "republic" will live on. We will have to choose between two ideologies - legality and union with Russia or lawlessness and loss of the Russian course. I have already said my word - the referendum issue cannot wait. We should not wait for better times, we must act" - said Bibilov after his meeting with "citizens of South Ossetia" in the Prigorodny district.

The question arises: what is this "one people" doing on foreign, Ingush soil? And in other people's homes? And what business is it of primeval Georgian land, which it itself has abandoned by encroaching on someone else's?

Before participating in "referendums", the Ossetians who are now living in someone else's house in the Prigorodny district should decide. Either reconcile with the Georgian people, return to Georgia and live in those villages where their ancestors, Ossetian migrants, settled at the time, or reconcile with citizens of the Russian Federation, the Ingush. First, return their homes and land to the Ingush and resettle them in other Ossetian-populated areas of North Ossetia or in other regions of the Russian Federation.

In any case, Ossetians, before participating in "Referendums" and other shows organized by the occupiers of Georgian soil, should first of all think about their future. Should they continue to serve as expendable material for games of occupants and their ugly sub-imperial policy, being at enmity with neighbouring peoples. Or, finally, to remember that in the Caucasus one must live peacefully and amicably with neighbours?

It is also desirable to understand that "loyal service" to the Kremlin crazies may end up in a sad state for Ossetian people. The Kremlin regime is now throwing Ossetians "to the slaughter" in the war of aggression in Ukraine.

Already now North Ossetia is on one of the first places in the Russian Federation along with Buryatia and Dagestan in terms of number of people killed in Ukraine per 100 thousand of male population.