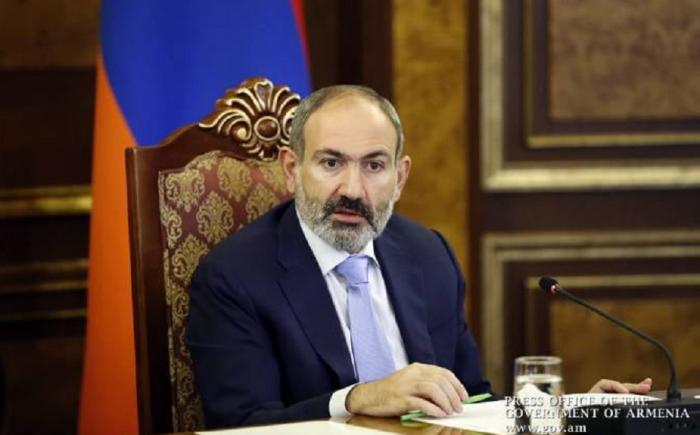 "Armenian prime minister pays an official visit to Russia. In the current international situation the event is of special significance", the programme said.

It is symbolic that the visit of Armenian premier to Moscow will take place after the sinking of the like-named missile cruiser Moskva, the flagship of the Russian Black Sea Fleet. In other words, official Moscow is not doing well at all on the Ukrainian front, which is damaging to the country's international position. And it is largely the same Armenian lobby, which determines Russian policy, that drove Russia into this situation.

As a result, Russia's international position has become so vulnerable that even a visit by the head of government of such a tiny "ally" as the Republic of Armenia is already perceived as a significant event. Especially against the background of the Kremlin's foreign policy isolation, following its aggression against Ukraine.

Certainly, Armenia cannot really help the Russian Federation even theoretically now, and is itself asking for help in preparing a peace treaty with Azerbaijan. In a situation where the OSCE Minsk Group has effectively collapsed, we are now talking about Azerbaijan and Turkey actually 'forcing' Armenia into peace on the basis of respect for territorial integrity and the inviolability of borders. This definitively 'closes' the question of any Armenian political presence in Azeri Karabakh and the lives of citizens of Azerbaijan of Armenian nationality on this territory become exclusively an internal matter for Azerbaijan.

Weakened and stymied by the efforts of the same Armenian lobby, Russia is now in an untenable position to grant Armenian "wishes" against Azerbaijan and Turkey. For one simple reason: under the total blockade imposed by Western countries in response to Russia's aggression against Ukraine, it is Turkey and Azerbaijan that remain for Russia a kind of "escape route to the outside world". The Kremlin clearly does not want to spoil relations with them now.

Under such circumstances Russians should think once again whether they should have trusted Armenian nationalists with so much that is important for existence of Russia. After all, the Armenian lobby today defines both foreign policy and propaganda in Russia. And today, in a critical situation, they can turn out to be the kind of "allies" with whom you don't even need enemies. All the more so when it is the Armenian lobby that has tried to surround Russia with enemies from literally all sides.