Salome Zourabichvili: In these difficult geopolitical times, we see that Georgia can rely on its partners 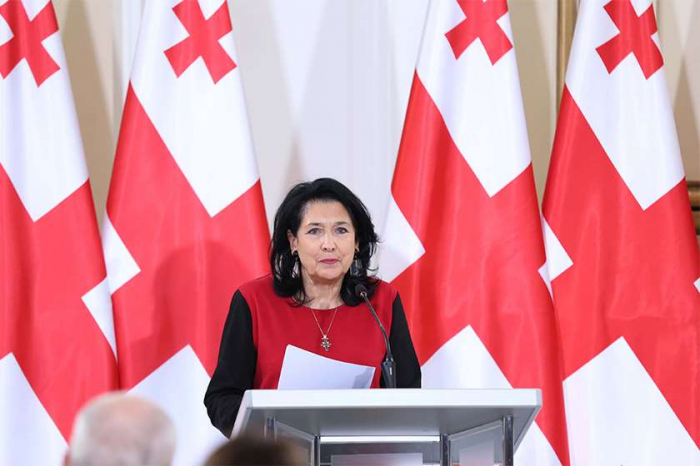 President of Georgia Salome Zourabichvili has echoed the statement made by the Secretary General of NATO, Jens Stoltenberg, on the social network after the meeting of the NATO-Russia Council.

According to Salome Zourabichvili, the NATO Secretary General made an important statement.

“Important statement today by Jens Stoltenberg in these difficult geopolitical times, we see that Georgia can rely on its partners to continue supporting our sovereignty and territorial integrity”, Zourabichvili tweeted.

After the end of the NATO-Russia Council, NATO Secretary General Jens Stoltenberg said that NATO allies called on Russia to withdraw its troops from Georgia, Ukraine and Moldova and respect their territorial integrity and sovereignty. According to Stoltenberg, NATO will not compromise on core principles.