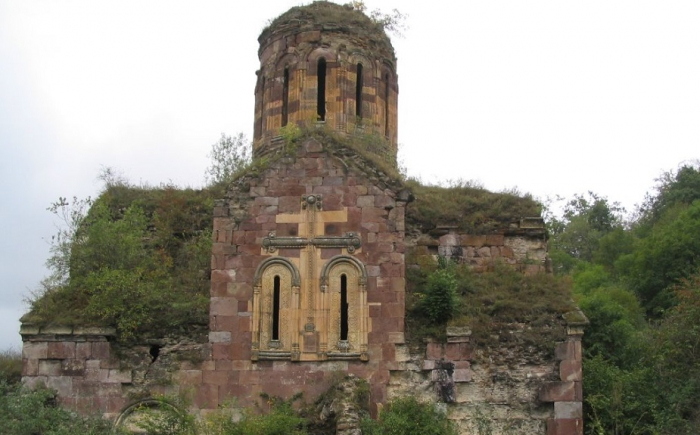 A new wave of "flirting" between the Yerevan regime and Georgia begins. The "re-elected" after the parliamentary elections, Prime Minister of Armenia Nikol Pashinyan will leave for Georgia on an official visit on September 8, 2021. It is emphasized that this visit of Nikol Pashinyan to Georgia will be the first official foreign visit after his re-election to office. The visit was announced by Pashinyan himself, presenting the government program at the National Assembly of the Republic of Armenia on Tuesday 24 August.

Earlier, official Yerevan announced an action plan for the first five years, which spells out relations with Tbilisi. In particular, Armenia intends to continue to ensure the development of special and good-neighborly relations with Georgia, and improving communication ties with Tbilisi is of strategic importance. It is planned to deepen cooperation with Georgia in the political, economic, communication, cultural, humanitarian, and tourism spheres. Therefore, it is assumed that the delegation from Armenia, together with Prime Minister Nikol Pashinyan, will include Minister of Economy Vahan Kerobyan, Minister of Foreign Affairs Ararat Mirzoyan, Minister of Territorial Administration Gnel Sanosyan. The visit will become partly familiarization for the new faces in the Armenian government - Sanosyan and Mirzoyan.

It should be especially emphasized that the situation in the South Caucasus region, compared to the times of Pashinyan's previous visits to Georgia, has changed, and significantly.

Recall that Armenia, having created the separatist formation "NKR" or "Artsakh" in the occupied Azerbaijani territories of Karabakh, though it recognized the so-called. "Independence" of separatist Abkhazia, and the so-called. "South Ossetia". Under the “early Pashinyan,” Armenia continued to openly support separatism in the Georgian territories.

Moreover, there was open pressure on Tbilisi in order to organize the transit of goods for Armenia through these separate territories of Georgia without their de-occupation, elimination of their separatist status, and the return of Georgian refugees. Houses and apartments in Abkhazia are still largely occupied by ethnic Armenians, including those who participated in the genocide and expulsion of the Georgian population.

At the same time, the Armenian lobby in every possible way "trumped" the fact of the occupation of the Azerbaijani territory by Armenia and support, with its submission, of separatist projects by Russia. There was also unequivocal blackmailing of Georgia that if there were no more concessions on its part, the process of alienating its territories from Georgia would continue.

However, the situation has changed since then. During the 44-day war, Azerbaijan liberated its occupied territories and liquidated the ugly separatist formation "Artsakh". Today there is a question of demarcation and delimitation of the internationally recognized Armenian-Azerbaijani border and Armenian nationalists literally “howled” about this. It seemed to them that they could seize foreign lands with impunity, including borderlands, wherever they please. And today, when the Azerbaijani military and border guards go to the internationally recognized border of Azerbaijan and set up their posts there, armed incidents are provoked from the Armenian side. The Armenian aggressors do not want to leave someone else's territory.

But here it should be remembered that not only Azerbaijani lands were illegally seized by Armenia. Along the entire length of the Armenian-Georgian border, Armenian border guards seized and seized the Georgian border territories, arbitrarily moving the border and illegally setting up their border posts.

The most glaring fact of the seizure of the primordial Georgian lands by Armenia was the occupation of the ancient Georgian monastery of Khujabi and the territory around it by the Armenian border troops.

Recall that Khujabi is a Georgian Orthodox monastery complex of the early 13th century, which is located in the Kvemo Kartli region, in the Marneuli municipality near the village of Akhkerpi. Khujabi is a unique monument of Georgian architecture, unfortunately crumbling. The Khujabi monastery was revived in 1905 as an Orthodox nunnery and operated until 1935 when it was closed by the Soviet regime. And then, in Soviet times, no one ever doubted that Khujabi was within the borders of Georgia.

However, after the collapse of the USSR, Armenia began arbitrarily appropriating Georgian borderlands, including farmland and forests. As a result, the entire huge forest area on the northern slope of Mount Lavlar, where the Khujabi monastery is located, was seized by Armenia, and border posts were illegally inserted at the edge of this forest, although in Soviet times the administrative border "cut" this forest. As a result, in the area of ​​the Khujabi monastery, the border was "shifted" by the Armenian side by at least 400 meters to the north.

Access to the monastery for Georgian clergy, pilgrims, tourists, and restorers was closed. And when in 2005 the film crew of the "Mze" TV company tried to approach the Khujabi monastery, the Armenian border guards opened fire on them.

Today, with the liberation of Azerbaijani Karabakh, it has become obvious that the time for unauthorized changes in internationally recognized borders and separatist projects is coming to an end. It is important for Georgia to make it clear to Armenia, which should be reflected in specific decisions:

1. Complete cessation of support for separatism in Abkhazia and the Tskhinvali region and in other regions of Georgia, primarily in Samtskhe-Javakheti.
2. Return of the Georgian territories illegally seized by Armenia along the Georgian-Armenian border.

In principle, it is already known that the inevitable topics that will be raised during Nikol Pashinyan's upcoming visit to Tbilisi are the demarcation of the state border between the two countries. And in the government program presented by Pashinyan to the Armenian parliament for 5 years, it is spelled out in a separate paragraph that the Armenian government has set itself the task of demarcating the state borders with Georgia and considers this an important factor for the formation of a stable atmosphere in the region. Let us also recall that the President of Georgia Salome Zurabishvili announced the need for demarcation back in March 2019 during a briefing in Yerevan.

But even before the start of work on the demarcation of the border, the Armenian side must immediately return to Georgia the illegally held Georgian lands, including the Khujabi monastery. It should be provided access to both restorers (especially since the unique frescoes of the monastery are dying), as well as priests and pilgrims. In addition, Khujabi has the status of the second cathedral of the Marneuli and Khujab diocese. And it's nonsense when the Bishop of Marneuli and Khujab cannot serve in his cathedral church.

In addition, Georgia should raise the issue of other Georgian Orthodox shrines that are located on the internationally recognized territory of Armenia - such as the monasteries of Akhtala, Khnevanka, Kobairi, Kirantsi, Svregi, and others. These priceless monuments of Georgian architecture and shrines of the Georgian people are being destroyed today. Their revival should be taken up by Georgian restorers.

If Nikol Pashinyan wants really friendly good-neighborly relations with Georgia, then he must first of all return the Georgian people their shrines, and above all the illegally seized Khujabi monastery, and unblock Orthodox Georgians access to other Orthodox shrines located in Armenia. Moreover, Armenian priests and pilgrims, with the permission of the Azerbaijani side, accompanied by Russian peacekeepers, visit Albanian churches and monasteries on the territory of Karabakh - why can't Georgian priests and pilgrims still visit Georgian shrines in the southern lands of historical Georgia?