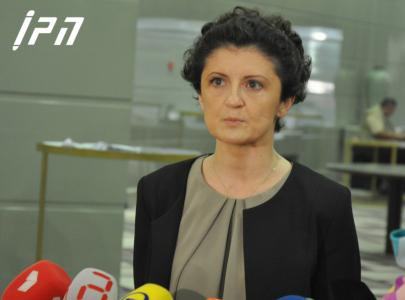 Tsulukiani also appealed to his ex-wife, Ninutsa Makashvili, to cooperate with the investigation. As for the artistic director of the Rustaveli Theater, Robert Sturua, according to Tea Tsulukiani, there are no plans to dismiss him.

Actress Ninutsa Makashvili was summoned to the investigative agency after she publicly stated that her ex-husband, actor Beso Zanguri had been abusing her. Makashvili said on the Rustavi 2 TV that she had been physically abused, but remained silent about it for years. Beso Zanguri denied violence. The actor was publicly supported by theater director Robert Sturua, which caused dissatisfaction in the society. Later, the artistic director of the Rustaveli Theater wrote on the social network that he would leave the theater only if he was fired.