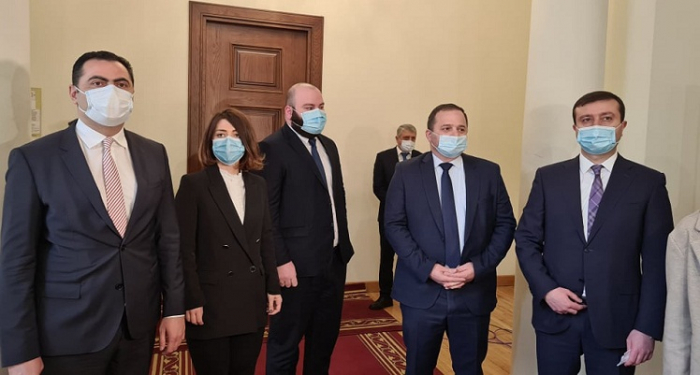 The MPs say that the Georgian people are interested in solving economic problems rather than the ‘continuing political tension.’

We will support all initiatives which will ease radicalisation and tension in the country,” said the MPs.
Ex-PM Gakharia: ‘polarisation, radicalism still hamper state development’
They stated that they will uncover their political intentions in detail along with Gakharia in the near future.

The MPs claim that they are not connected with the founder of the ruling Georgian Dream party Bidzina Ivanishvili.

Several members of the opposition have stated that Ivanishvili ‘has decided to create an alternative political force and uses Gakharia for the goal.’