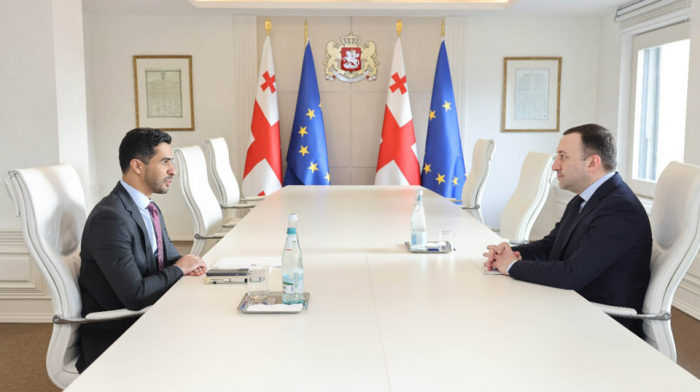 At the introductory meeting, the conversation touched upon the relations between the two countries and the prospects of future cooperation.
The head of the government congratulated the diplomat on his appointment and wished him success in his future work.

Irakli Gharibashvili noted that his recent visit to the United Arab Emirates was an additional step towards strengthening the friendship and partnership between the countries.

Friendship and close partnership between the countries were emphasized. The sides expressed the willingness to further deepen existing cooperation in various fields.