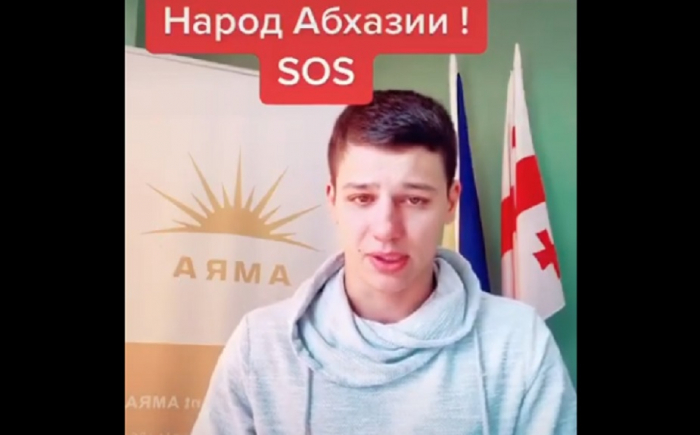 Quite unexpectedly, the war for which the separatist authorities were preparing the population of Abkhazia approached it from a completely different direction than had been expected. On 19 October, Russian President Vladimir Putin imposed martial law on parts of the Russian-occupied and annexed Ukrainian territories of Kherson, Zaporozhye, Donetsk and Luhansk regions. At the same time, the president introduced different "levels of response" regimes in the remaining Russian regions. The leaders of these regions have been given enormous powers to impose restrictions on their territories.

The measures that can be applied during martial law are listed in detail in Article 7 of the Russian Law "On Martial Law" - in particular providing:

- Introduction of military censorship, including control of telephone conversations and correspondence

- Seizure of property for the needs of the state (including cars and real estate).

- Restriction of vehicular traffic and the right to search them.

- Resettlement of residents to "safe areas".

For Abkhazians, the clause on eviction, i.e. deportation, should be particularly scary. Especially since it is already being implemented with regard to the residents of the occupied territories of Ukraine. Even before Putin imposed martial law, "voluntary and compulsory" deportation of the population of the occupied Kherson to the left bank of the Dnieper and then to Russia began.

There is virtually no way to avoid deportation. People are told to "pack up or the Nazis will come and kill you". If a person says he is not afraid of "the Nazis", all the worse for him. "Aha, so you yourself are a 'Nazi' and are waiting for 'your own'! I.e. the person will still be deported, but already in handcuffs, beaten and humiliated, and possibly deprived of life as an "accomplice of the Nazis".

The Secretary of the National Security and Defence Council of Ukraine, Oleksiy Danilov, said that Russia was preparing for mass deportations to depressed areas of Russia to change the ethnic composition of the occupied territory of Ukraine by means of the introduction of "martial law". In respect of Abkhazia, extension of the "Kherson precedent" to it (almost inevitable) means that "deportation to safe areas" i.e. deportation under the pretext of the danger of Georgian, or even "Ukrainian aggression" can be announced at any time.

Almost all experts say that with the introduction of martial law the already prohibitive arbitrariness of the authorities will become total. And total mobilization will be the first priority here. We should remind you that in the part of the occupied territory where Russia imposed martial law, namely in Donetsk and Luhansk regions, following several waves of mobilization the entire male population is actually thrown to the slaughter. Total mobilisation is also fast approaching in separatist Abkhazia. Fleeing to Russia, where men are rounded up everywhere will be impossible. At any rate, for Abkhazians it is already deadly for them to appear in the Krasnodar region, including Sochi. They will be detained and immediately sent to fight in Ukraine.

There is nowhere for Abkhazians to flee separatist Abkhazia and Russia to avoid being sent to the slaughter in the Ukrainian war. The thing is that the EU decided not to recognize passports that were issued in the occupied territories of Ukraine and Georgia, including separatist Abkhazia. In other words, even theoretically, it is no longer possible to leave Abkhazia for Europe with a Russian passport to avoid mobilization, and in the future deportation to Siberia.

The only way left for Abkhazians to save their lives and future of their families is to take refuge in the unoccupied territory of Georgia and get Georgian documents. And this is the way sensible Abkhazians are beginning to offer their compatriots:

By all means, the Abkhazians should hope for an early restoration of the territorial integrity of Georgia, which guarantees the preservation of the Abkhazian people. Otherwise, it will face "mobilization" genocide and final deportation by the same Russia that has already organized the genocide of the Abkhazians and their expulsion (the tragedy of the husbandry) once in history. Now the horrors of the 19th century for the Abkhazians may repeat themselves and become irreversible. There are too many who want to get their Abkhazian land without the Abkhazians themselves.