The de-occupation of Abkhazia is at hand. The "Baghramians" need to think... 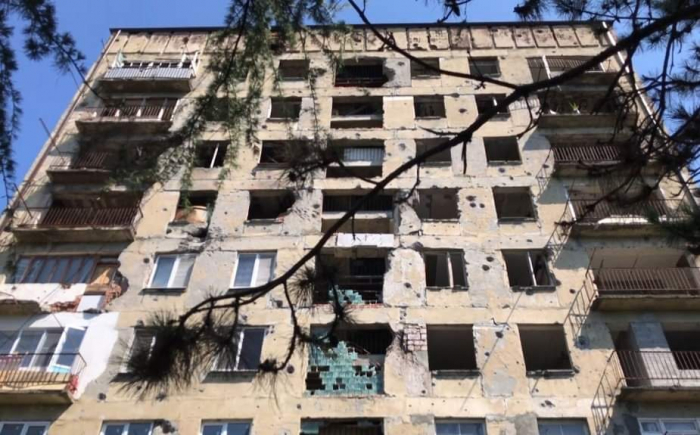 The Georgian refugees live in anticipation of their return to Abkhazia. Until some three years ago, this seemed almost a pipe dream. However, hope appeared after the 44-day war, when Azerbaijan was able to liberate its region of Karabakh from the long-standing occupation. Moreover, it was liberated from those who were one of the main perpetrators of the tragedy of the Georgian population of Abkhazia - the Armenian nationalists.

And events of the last few days are inexorably bringing closer de-occupation of Abkhazia and the Tskhinvali region. Today Russia is defeated in its aggression against Ukraine and recent rocket attacks on Ukrainian cities can be considered as a gesture of despair that cannot save the occupants from one defeat after another at the front.

Therefore, it seems very relevant today to address Georgian separatist and nationalist traitors, including the infamous Baghramyan battalion, who thought that they were "settling" in the Georgian land of Abkhazia forever, having killed or expelled its masters:

The only mistake in the video is that the "kochari" dance is also not "native Armenian", but stolen from Azerbaijanis. Like almost everything else appropriated by Armenian nationalists.

Armenian nationalists thought that their crimes both in Karabakh and Abkhazia would go unpunished. That they would "settle" in other people's homes and flats, dragging their compatriots to the land they liked, and create here the same mono-ethnic community as on the appropriated Azerbaijani lands of the Irevan khanate, where today the Republic of Armenia exists.

But if the lands within the boundaries of the Armenian SSR are recognized by international law, and while the Armenian civil society still has a chance to maintain its state on them, all illegally appropriated outside the internationally recognized borders of the Republic of Armenia, the Armenian nationalists will have to give them up. However, a hurry must be made while peace is offered on favourable terms and agreeing to the return to these lands of their formerly exiled natives. Including those that were seized with the help of Russian military force in Georgian Abkhazia.

It is already obvious today that the Russian Federation will not be able to hold on to the occupied territories not only in Ukraine but also in other sovereign countries as a result of the Ukrainian war. And this means that the occupants will have to withdraw, including from Georgia, where, as a result of separatist wars and ethnic cleansing in the early 1990s and the war against Georgia in 2008, the separatist regimes of so-called independent Abkhazia and "South Ossetia" exist.