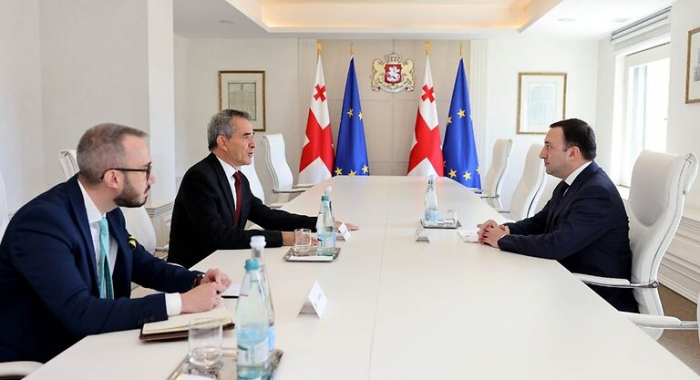 At the introductory meeting, the PM and Ambassador discussed the main areas of cooperation between the two countries and expressed the willingness to further deepen the partnership noting that Bulgaria is in the top ten trade partners of Georgia.

Veselin Valkanov once again confirmed to Irakli Garibashvili Bulgaria’s support for the European and Euro-Atlantic integration of Georgia, as well as for the sovereignty and territorial integrity of Georgia.

The conversation also touched on the ongoing war in Ukraine and the difficult security situation in the region and the world.

Irakli Garibashvili congratulated Veselin Valkanov on his appointment and wished him success in his future work.