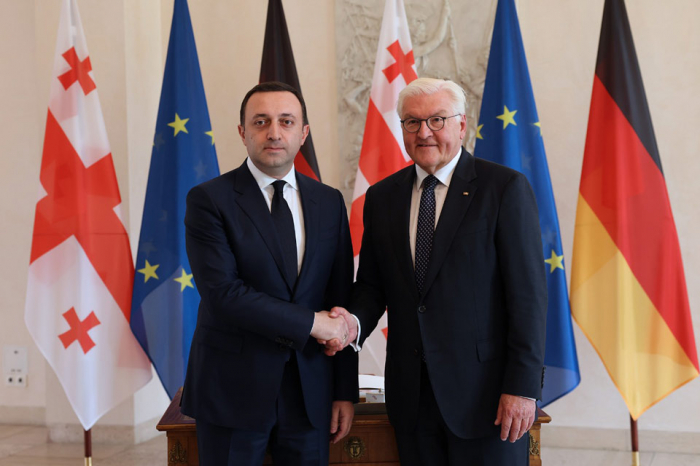 “Georgia and Germany are reliable and valuable partners rested on long-standing ties and common values. The meeting highlighted Germany’s important role in the success of Georgia’s Euro-Atlantic integration,” reads the statement.

Additionally, the pair reviewed the security situation in the region and Georgia’s occupied territories.

Garibashvili thanked Germany for supporting Georgia’s sovereignty and territorial integrity and for its efforts to ensure a peaceful resolution of the conflict.

The parties welcomed the “historic decision” of the European Council to grant European Perspective to Georgia. The discussion also covered Georgia’s action plan for implementing the EC recommendations, the statement concluded.

The PM will also meet with the German Chancellor Olaf Scholz.