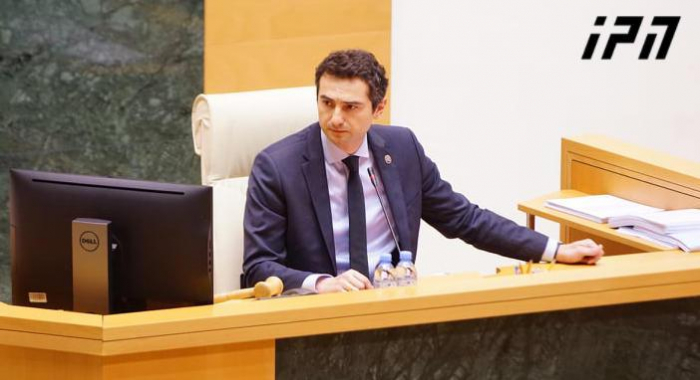 The Speaker of the Parliament of Georgia Kakha Kuchava is in favor of holding an extraordinary session on the issue of dissemination of secret files, but after the local elections.

As Kuchava says, it may be necessary to set up a commission of inquiry into this issue.

"This is an issue on which the parliamentary session and hearing must be held. This issue may not simply be closed. In my opinion, a session alone will not be enough, the establishment of a commission of inquiry may also be necessary, where the opposition and the ruling team will participate together, although the second issue is when to hold an extraordinary session.

Elections are approaching. Sessions are not held before the elections, especially when the opposition wants to give such a high political tone to these elections. This session will be held as soon as the elections are over. 1/4 of the deputies can convene the sitting, the opposition itself cannot collect enough votes to convene this sitting. This indicates that everyone is involved in the pre-election marathon. There are candidates in the regions, it should happen when the elections are over, so that the issue of quorum assembly not to become as a separate discussion, that they were invited to an extraordinary session when they could not attend. This issue will definitely be on the agenda", - Kuchava said.

For reference, Lelo's initiative is to convene an extraordinary sitting of the parliament, where the head of the SSG, Grigol Liluashvili, will be summoned.