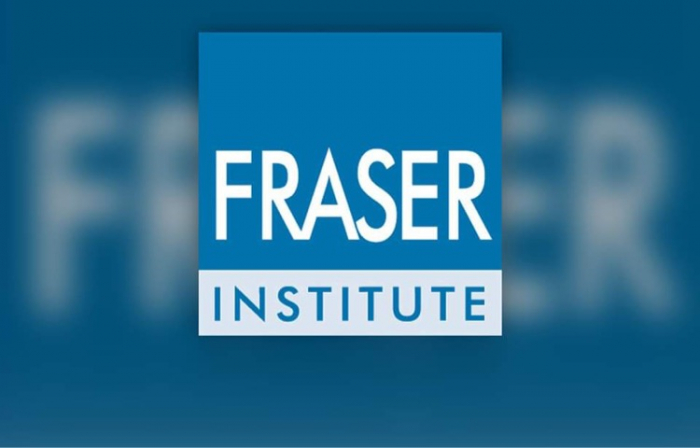 Georgia has moved up three places in the Fraser Institute's 2021 World Economic Freedom rankings, ranking 5th in the top ten with 8.26 points. In the 2020 report, Georgia was in the eighth position with 8.24 points. The Ministry of Economy and Sustainable Development of Georgia spreads information about it.

According to the agency, the rating of "World Economic Freedom" is estimated at 165 countries.

The rating rates countries in five main areas. Georgia has improved its position in three out of five indicators compared to the previous year. In particular, Georgia has a better rating in the following indicators: "Government size" (8.14 points, instead of 8.08 points); "Protection of the legal system and property rights" (6.72 points, instead of 6.65 points); Freedom of International Trade (9.12 points instead of 9.05 points).

The improvement of the position in the rating is conditioned by a number of factors, such as the reduction of the share of government consumption in the total consumption, the correct and purposeful state policy of transfers and subsidies, the formation of a favorable business environment, etc.

Georgia has the highest, 10-point rating in areas such as: marginal tax rate; Regulatory restrictions on the sale of real estate; Freedom to hold a bank account in a foreign currency; Lack of exchange rates on the black market; Financial openness; Freedom of ownership of commercial banks; Freedom of entry of foreign visitors; "Control over interest rates on loans," the Ministry of Economy said in a statement.

According to the agency, "World Economic Freedom" was developed with the participation of the Canadian Fraser Institute and member institutions of the World Economic Freedom Network. The rating measures the quality of the political course and institutions implemented in the country, which determines the economic freedom of the country. Part of the data used in the ranking is based on research and evaluations of such authoritative international organizations as the International Monetary Fund, the World Bank, the World Economic Forum and others.