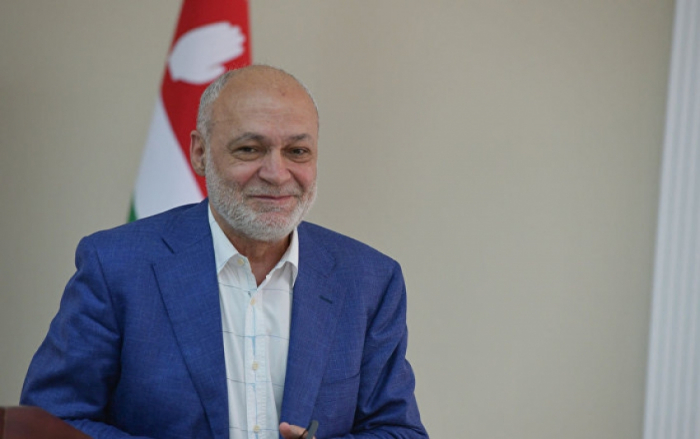 Separatist Abkhazia meets a "big man". Classmate and friend of Foreign Minister Sergei Lavrov Kalantarov, professor of the Department of Political Science at the Moscow State Institute of International Relations (MGIMO) Andranik Migranyan. September 9, 2021, in the so-called "Abkhaz State University" will meet with Andranik Migranyan. The event is held by the so-called. "Union of Journalists of Abkhazia" together with the international media club "Format-A3". Andranik Migranyan will deliver a lecture on the topic "Russia and Abkhazia in the Modern World".

Andranik Migranyan is known as one of the main "instigators" of separatism in the South Caucasus. It was he and Lavrov-Kalantarov who turned the policy of the Russian Federation towards total support of separatism, which absolutely does not meet the interests of Russia, but is needed by the Armenian nationalists in order to appropriate foreign lands.

In relation to separatist Abkhazia, Andranik Migranyan in 2018 at the "international conference in Sukhumi" organized by the so-called. "Ministry of Foreign Affairs of Abkhazia," said the following:

“We all felt a great sense of pride and joy when we saw the indomitable spirit of the people who fought for their independence. I know what it is like when a small nation that has lost its statehood for millennia gains this independence and statehood. This is the greatest achievement for the people, it is the rise of the national spirit. And my friends and I supported it as best we could ... "

And already this year, after the 44-day war in Karabakh, which was disastrous for Armenian nationalists, Andranik Migranyan involuntarily "let slip" why the Armenian lobby supported Abkhaz separatism so much. Here is its literal explanation, which is perfectly understood by those to whom it is addressed, i.e. Armenian nationalists:

“Yes, roads, schools, and kindergartens were built in Artsakh. The main thing was not enough - the resources to transport here 100-200-300 thousand Armenians who would populate the land. It seems to me that Putin precisely said about the future of "Artsakh", citing South Ossetia and Abkhazia as an example. No nation can live without a vision of the future. Therefore, Russia recognized Abkhazia with South Ossetia. The goal is to anchor people to the ground, to provide protection for their future. "

Those. everything is said in plain text. For this, the Armenian lobby organized the recognition of the so-called. "Independence" of Abkhazia of the Russian Federation in order to settle here 300 thousand Armenians (in addition to about 180 thousand already living here). In order to make Abkhazia completely Armenian, to "attach" the Armenian settlers to a foreign Georgian land, "to provide protection for their future." This is the “vision of the future” of the Armenian nationalists. And it is being rapidly implemented.

Yes, the separatist "Artsakh" was liquidated by the Azerbaijani army, but, apparently, the Armenian nationalists do not really regret it. After all, they managed to "get their hands on" Georgian Abkhazia by the hands of Russians and deceived Abkhazians, organizing genocide and expulsion of the indigenous Georgian population. But now the most important thing for the Armenian lobby is the settlement of the so-called. "Independent" Abkhazia by Armenian settlers. And it is already in full swing...

It is for this reason that in the conditions of unprecedented "covid" restrictions throughout the Russian Federation and in the same Krasnodar Territory, in separatist Abkhazia this year, a real "boom of vacationers" from Russia was organized. All this was done so that, against the background of the mass of Russian holiday-makers, as many Armenians as possible entered separatist Abkhazia without attracting special attention to themselves. The vacationers will leave, while the Armenian settlers will remain in Abkhazia and will "settle down". And one of the main ideologists and coordinators of this resettlement goes to separatist Abkhazia and is received at the highest level by the separatists.

Unfortunately, the Abkhaz still do not understand that they were dragged into separatism and self-destructive war with the brotherly Georgian people not at all in order to make them “independent”. It's just that some people really "liked" the Abkhaz land on the shore of the warm sea. And the fact that at least another 300 thousand Armenians need to be resettled on it (despite the fact that the Abkhaz themselves in Abkhazia actually have no more than 60 thousand left, and they are here for a long time inferior in number to the Armenians) has already been said directly and frankly.