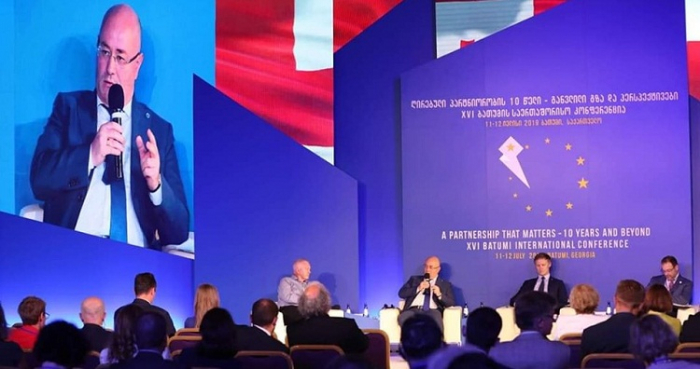 Izoria said that Georgia is preparing for another three-year cycle of cooperation to ‘increase Georgia’s self-defence capacity.’

"We would like to create a steady foundation that is important for democratic institutions… We are ambitious to see Georgia-US cooperation at a higher level,” Levan Izoria said.

Georgian Defence Minister Izoria also said that large-scale international military exercises are of high importance because they are part of a deterrence policy.

"We plan to conduct more rotation exercises in Georgia in cooperation of NATO countries as more NATO and EU in Georgia means more security,” he said.
The 16th Batumi International Conference opened yesterday in the coastal city of Batumi.

The conference is dedicated to the 10th anniversary of the EU’s Eastern Partnership initiative.