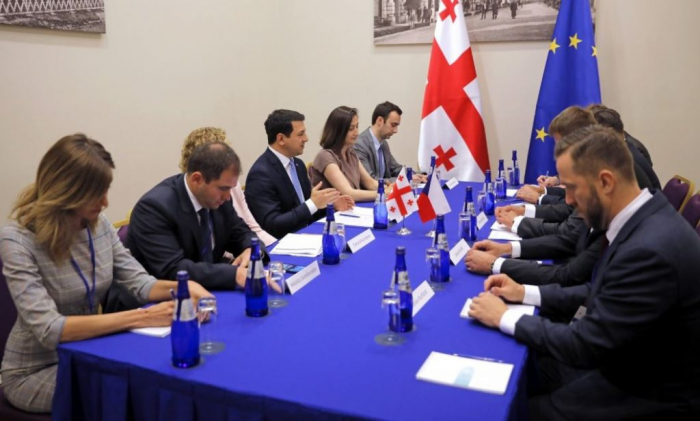 Speaker of the Parliament Archil Talakvadze, who participates in the International Conference in Batumi, held a meeting with the Minister of Foreign Affairs of the Czech Republic Tomáš Petříček.

Archil Talakvadze thanked the Minister for supporting Georgia. Discussions focused on bilateral cooperation, constitutional amendments and election reform. During the meeting, it was declared that holding parliamentary elections with the proportional system by 2020 is a step forward for political dialogue and a consensus between political parties.