Kurdish and Armenian separatists as 'fuel' to ignite the Great War 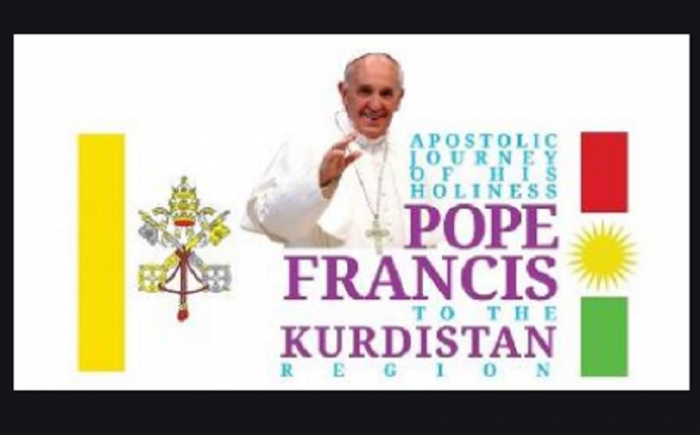 Pope Francis paid a visit to Iraq, which was not only the first-ever visit of the head of the Roman Catholic Church to this country but also the first international trip of the Pope since the beginning of the coronavirus pandemic.

This visit of the Pope to Iraq immediately ended in a loud scandal. In Iraqi Kurdistan (an autonomous entity in the north of the country), a stamp was printed with the image of the pope and a map of the "independent Kurdistan", which also included Turkish territories: 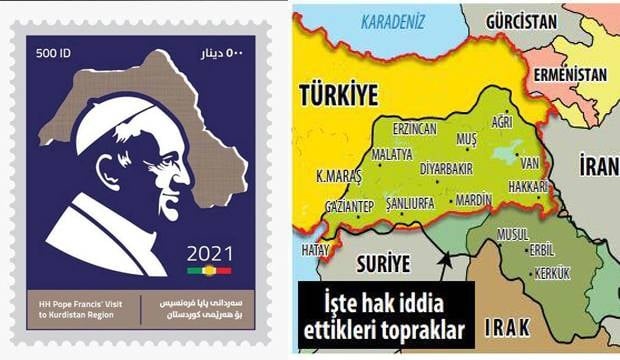 Here, in fact, they do not hide their intentions and openly declare that the Vatican in its long-term policy in this zone will clearly rely on the Kurds.

At first glance, this is strange. Indeed, not only are there no Catholics among the Kurds, but the current Kurdish extremists profess an atheistic "leftist" ideology that is far from Christianity and in general from any traditional religion. However, as far as “sympathy for LGBT people” is concerned, here both the Kursk extremists and the same Pope Francis have a “touching” unanimity, which is hardly compatible with the Kurdish folk traditions (basically Muslim) and Christianity.

It is clearly and openly declared that the stamp with Pope Francis against the background of the map of “great Kurdistan” is an unfriendly gesture towards Turkey (on which Iraqi Kurdistan is completely economically dependent). Not the first, by the way, and the most "iconic" anti-Turkish gestures of Francis Bergoglio in the past concerned precisely the myth of the so-called. "Armenian genocide".

Meanwhile, the reception of Pope Francis in Iraq was received in such a way that he did not receive even in Catholic countries. At the airport in Baghdad, the pontiff was greeted with a red carpet, Beethoven's "Ode to Joy" and national dances. A special point was his meeting with one of the main Shiite leaders - Ayatollah Sistani, for which the pope specially came to the Shiite city of Al-Najaf. The meeting of the two religious leaders took place behind closed doors in the Sistani house. The Pope was accompanied by members of the Vatican Cabinet and representatives of the Vatican Bank. Details of the talks between Francis and Sistani were not disclosed.

Pope Francis spent four days in Iraq: he met with Iraqi Christians, read a prayer in Mosul, and celebrated Mass at a stadium in the administrative center of Iraqi Kurdistan, Erbil. There are practically no Catholics in this city at all - nevertheless, the Erbil stadium was completely filled with local Kurds.

Most of the Kurds who came to the papal Mass in Erbil had nothing to do not only with Catholicism but also with Christianity in general. It is doubtful that in general who of their local Kurds had even a basic idea of ​​Catholic services before. However, they had in their hands a kind of "built flags" of Iraq, the autonomous Iraqi Kurdistan (the same flag is used by Kurdish separatists in other countries), and the Vatican: 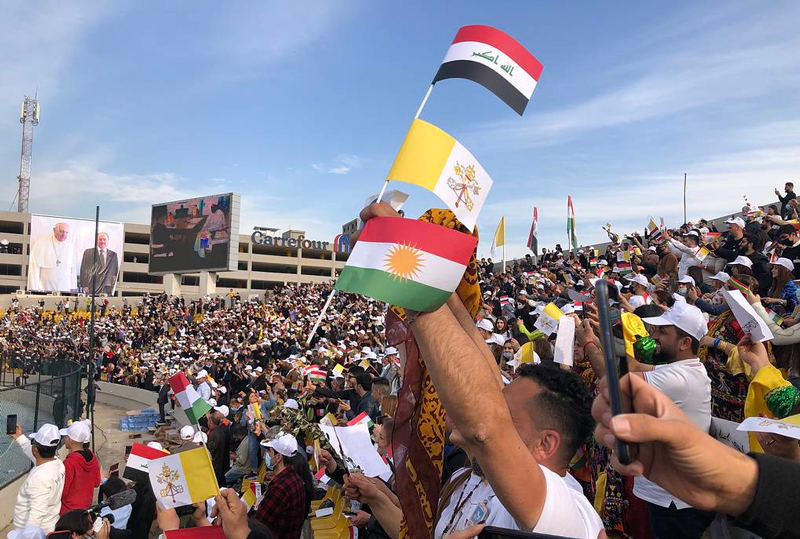 Pope Francis everywhere makes it clear that he is not against the revision and "redrawing" of the borders and he does not condemn the separatists.

Before our very eyes, the Vatican is trying to organize another "detonator", stirring up contradictions between Shiites and Sunnis. This is also nothing new. Back in the 16th and 18th centuries, the popes and those European powers with which they were associated artificially inflamed the conflict between the Shiite Safavid and Sunni Ottoman empires.

It is also possible that some of the deceived Shiites, as relatively small in number in comparison with the Sunnis (and therefore especially "intimidated" by the organized Western special services through ISIS and similar structures), will be especially "put" under cooperation with the Vatican. And he will "coordinate" their actions with the same Armenian and Kurdish extremists.

Pope Francis' activation in the Middle East, his obvious sympathy for Kurdish extremists does not bode well for the region. Especially if we take into account the clearly intensified “pro-Vatican sentiments" in Armenia (where President Sargsyan, associated with the Vatican, only strengthened his position) against the background of Russia’s disappointment in Yerevan.