Who provokes the church conflict between the Georgian and Russian Orthodox churches in Abkhazia? 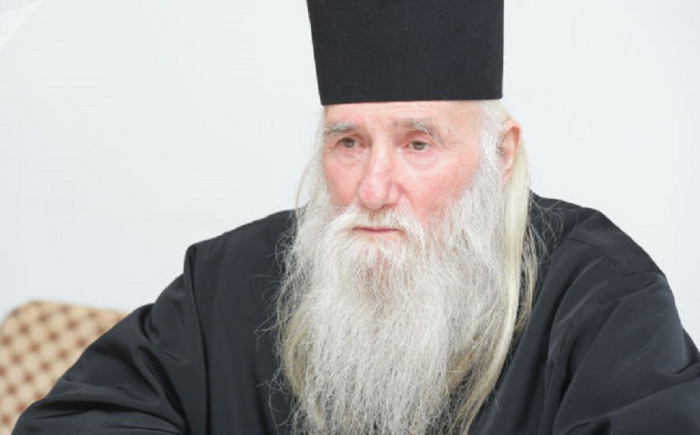 The settlement of Armenians in the occupied Georgian Abkhazia is progressing more and more intensively, this is recognized by all competent parties. However, the Armenian "strategists" of such a settlement are seriously concerned about the fact that both Russians and Georgians are peoples of the same Orthodox faith.

Ultimately, even the most intoxicated Russians must inevitably face the question: “Why are we not letting Orthodox Georgians into Abkhazia? Why did we give everything here to the heretics-Armenians, who behave disrespectfully both in Abkhazia “appropriated” by them and in our Krasnodar Territory?"

In Azerbaijan, Russians are already beginning to open their eyes about the lies of the “Christian brothers of Armenians”. Thus, having visited the liberated city of Shusha, the deputy of the State Duma of the Russian Federation, the chairman of the Rodina party Alexei Zhuravlev was shocked by the blatant lies and falsifications of the Armenian invaders, who appropriated the Russian Church of St. John the Baptist in Shusha. After the occupation of the city in 1992, Armenia proclaimed this temple "Armenian".

“The occupation of the Russian Church, an attack on spiritual values ​​is an ominous manifestation of the most inveterate Russophobia. Azerbaijan's efforts to liberate the territories (...) deserve all respect! ”Zhuravlev wrote on his Facebook page.

At the same time, in Abkhazia, having not yet finally become the only ethnic group, the Armenian settlers do not risk "immediately appropriating" Georgian shrines. They intend to create an "Abkhaz" pseudo-"Orthodox" structure under their control, taking it out of the jurisdiction of the Georgian Orthodox Church. And they want to do this with the hands of the Russian Orthodox Church, having quarreled between the Moscow Patriarchate and the Georgian Patriarchate. And for this, they have “their own agent”.

This is a friend of the late crime boss Vyacheslav Ivankov or "Yaponchik" (who specially came to serve his funeral service in 2009), unworthy priest of the Georgian Orthodox Church Vissarion Piliya. In his youth, this "ascetic" twice served a sentence in prison for theft and robbery. Then he seemed to "repented" and in 1990 was ordained a deacon by Catholicos-Patriarch Ilia II during his visit to Abkhazia, and on May 22, 1991 - to the rank of the priest by Metropolitan of Sukhum-Abkhazia David (Chkadua).

During the 1992-1993 war, Vissarion, the only Georgian priest, went over to the side of the separatists (other priests and monks were expelled or killed). Then, in order to "please" the separatists and occupants, he changed his surname to Apliaa and his nationality to "Abkhaz".

Those. we are dealing with an absolutely unprincipled person. As Vissarion Apliaa betrayed the Georgians, he will also betray the Abkhaz. It is these puppets that the Armenian “strategists” “need” in their plans to seize Georgian Abkhazia, for the implementation of which the main thing is to prevent a rapprochement between Georgia and Russia in any spheres. And on the spiritual level, they plan to make a split between Russians and Georgians.

Back on May 17, 2011, Vissarion Apliaa declared his departure from the bosom of the Georgian Orthodox Church, proclaiming the Patriarch of Moscow and All Russia Kirill "the Abkhaz bishop". Patriarch Kirill basically did not react to such a "gift" from the separatist, continuing to consider Abkhazia an integral part of the GOC.

And at the most critical moment, when the Moscow Patriarchate itself is under attack from the Patriarchate of Constantinople, which claims to Ukraine (the latter also has its own self-proclaimed "henchmen" in Abkhazia in the New Athos Monastery), clearly at the suggestion of influential Armenian "friends" Vissarion to the fact, he puts an ultimatum to Patriarch Kirill:

“We hoped and hope that the Moscow Patriarchate will resolve our church situation, the status of our Abkhaz Orthodox Church. We cannot be part of the Georgian Church, we were not part of the Georgian Church and we will not, ”the so-called“ Abkhazian state television ”said on the air of the separatist“ Abkhazian state television ”. self-styled "acting" Head of the Abkhaz Diocese "Priest Vissarion Apliaa.

The separatist impostor also stated that "the Russian Church can resolve the church issue in Abkhazia by defining the status of the Abkhaz diocese separately from the GOC." And in order to push the Moscow Patriarchate to such a non-canonical decision, the self-appointed "acting" head of the diocese ", registered in the separatist" Republic of Abkhazia "as the" Abkhaz Orthodox Church " went to blackmail. He stated that by his order, services in the temples of Abkhazia were temporarily suspended "until the status of the AOC was determined."

“The priests who have been released to their specific dioceses on the territory of Russia, let them raise the question to their bishops there so that the bishops raise the question to His Holiness Patriarch Kirill what to do next. It is impossible to be in such a situation for thirty years. Therefore, I have now suspended services in the temples of the country, ”said Vissarion Aplia.

In general, Patriarch Kirill is simply "pushed" to come into conflict with the Georgian Patriarch Elijah. It is clear that if the Moscow Patriarchate submits to blackmailing the separatist self-styled "acting" the head of the Abkhaz diocese”, then it will show itself to the whole Orthodox world as a violator of church canons. Not to mention that communication between the GOC and the ROC will be interrupted.

But, to the credit of the Moscow Patriarchate, it must be said that it has largely ignored the blackmail of Vissarion Apliaa so far. And it made it possible for the first Georgian Patriarchate to speak out on this issue.

“To the author of statements based on lies, we must remind:

In general, on the eve of the massive influx of Armenian migrants to Abkhazia (which is predicted to increase sharply in spring and summer), it has not yet been possible to confront the GOC and the ROC in Abkhazia in the interests of the Armenian lobby. But this does not mean that there will be no new attempts and new provocations. Moreover, those who became puppets of the Armenian lobby (and among them, apparently, the unworthy priest Vissarion Apliaa) have no moral principles.