Is the separatist foundation "Javakhk next to Armenians" a threat to the security of Georgia? 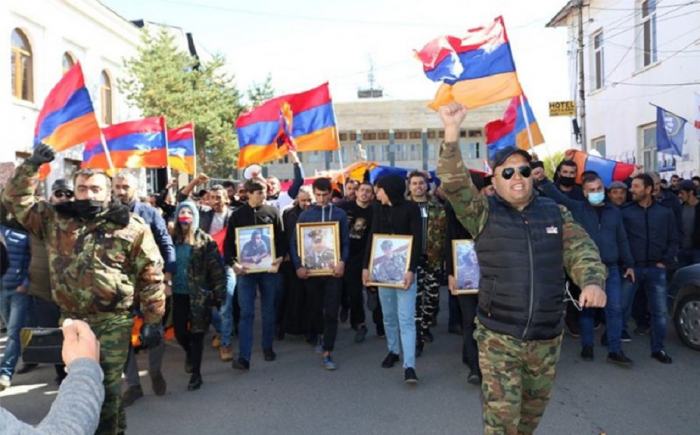 On the territory of Georgia, it was recently opened among its citizens, at the central stadiums of Akhalkalaki and Ninotsminda, to recruit militants and raise money to finance terrorists fighting against a neighboring friendly state. In the primordial Georgian territory, in Samtskhe-Javkheti, terrorists fighting in Azerbaijani Karabakh were glorified as "heroes". Moreover, they did not even conceal plans to organize the same separatist war against Georgia and Samtskhe-Javkheti, and they did not call it otherwise as “the primordially Armenian“ Javakhk ”.

With the end of the second Karabakh war, the illegal activities of the Armenian "Javakhk" separatists do not even think about curtailing. On the contrary, they "deploy" their structures in Samtskhe-Javakheti. And the information published recently on the separatist telegram channel "Javakhk" (https://t.me/jvkhk1/135) gives reason to assert this:

“Another office of the“ Javakhk near Armenians ”foundation has opened in Ninotsminda. At the opening, the spiritual pastor Ter Armash Poghosyan noted:

"Now is a very difficult time for us, we have a need to stand firmly on our feet, not only in words but also in deeds to prove that Javakhk is next to Armenia."

“For 4 months we have visited more than 10,000 Artsakh people, wounded soldiers, families of dead soldiers. Now all this, thank God, has developed, we were able to open a branch. We have 2 homelands, Georgia and Armenia, and if God forbid something happens, we will also stand with Georgia, ”commented one of the founders of the foundation Karen Papikyan. The “Javakhk next to the Armenians” foundation was founded during the hostilities in Nagorno-Karabakh by the joint efforts of the Armenians of Akhalkalak, Tsalka, Ninotsminda, Akhaltsikhe, the whole “Javakhk”. Young guys, activists, and volunteers of the foundation collected money, medicines, and other humanitarian aid for refugees from Nagorno-Karabakh, and also brought food, canned food, warm and children's clothes, medicines, flour, water, and potatoes to Armenia by trucks. The foundation did not cease its activities after the war. Now the Fund transfers the finances to the families of the dead, wounded soldiers who come from "Javakhk". The Foundation also pays for quality prostheses for soldiers who have been injured and have lost limbs. The foundation is purely charitable and has nothing to do with politics.

From the first day of the signing of the truce, representatives of the foundation said that the consequences of the war were too painful: so many victims, wounded guys, unhappy families. And in this difficult moment, we must be united, only in this way can we overcome all difficulties. Our struggle is just beginning, and the example of Javakhk's solidarity should inspire Armenians all over the world."

The last phrase that “the example of Javakhk's solidarity should inspire the Armenians of the whole world” is an open hint that after the collapse of the “Artsakh” project, the world Armenians should focus all their efforts on supporting the “Javakhk” separatist project. And of course - Armenia's aggression against Georgia "according to the Karabakh scenario" with the support of the Russian Federation.

The question arises, how can a fund that recruits separatist fighters and provides material support to them openly operate in a country that has suffered from separatism, where over 300 thousand refugees expelled by separatists and Armenian militants from their homes?

The Javakhk next to the Armenians Foundation does not even hide its hostility to the very principle of Georgia's territorial integrity. Who guarantees that the funds he has collected are not used to finance international terrorism, including international terrorist organizations such as ASALA?