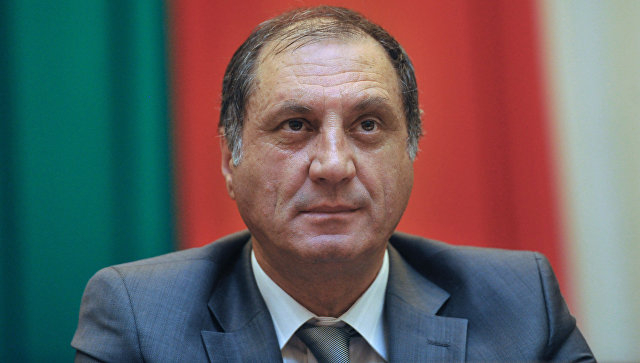 As you know, now the so-called separatist "Security Council" in Sukhumi is now headed by the well-known separatist figure Sergei Shamba. Even before his appointment to this position, he actively lobbied for permission to sell land and real estate in Abkhazia to “non-citizens” of the separatist entity. It is clear who is most interested in this decision - the Armenians, who have previously “looked closely” at Georgian Abkhazia.

The issue of buying up Abkhaz land and real estate by the Armenians has already been resolved - an agreement has been signed on "harmonizing" the legislation of the Russian Federation and separatist Abkhazia. Corresponding changes to the separatist "laws" are likely to "push through" in the coming months.

In social networks, some of the Abkhazians are outraged, they say that all resources, land, etc. in Abkhazia "should belong to the Abkhaz people", but who hears them? Such conversations do not go beyond social networks. Even in the separatist media "at the behest of the owners" such sentiments are ignored.

In addition, after the defeat of Armenia in the second Karabakh war, the sentiment “it is necessary to move to Abkhazia” in general begins to almost or not dominate in Yerevan. “This Armenia is“ broken ”, we are going to the “other ”.

Some Armenians have already moved to Abkhazia, others are just waiting for the opening of land borders, so that, after loading cars with things (including those stolen from hastily abandoned Azerbaijani Karabakh), they will move to the coast of the warm Black Sea, to Abkhazia. And the fact that Abkhazia is already Armenian in fact, but will be Armenian and “de jure” seems to be no longer doubted by any of them.

And here a request automatically arises from the "new masters" of Abkhazia for a direct railway connection between this "new coastal Armenia" - the old Republic of Armenia. In addition to adventurous plans for the transfer of troops and weapons by rail in the event of a revanchist war with Azerbaijan, the Armenian "strategists" seem to have taken a course towards "the final solution of the Georgian question."

What is most interesting is that the will of the Abkhaz people in this matter has already been trampled underfoot. Even 9-10 years ago, the very proposal to open transit to Armenia through Abkhazia was met with hostility by many Abkhazians. But now the objections are not even heard.

One gets the impression that the Abkhaz are simply afraid to object. And this is not surprising. After all, it is no secret that Armenian militants and terrorists who have not been killed in Karabakh have already arrived in Abkhazia, who will “shut up” anyone who dares to speak out even a word against the Armenian plans. Therefore, the Abkhaz here are obedient to the "owners" in everything, and the separatist parliament obediently accepted the "appeal" dictated by them to the State Duma of the Russian Federation with a request to organize transit to Armenia through Abkhazia.

Now Sergei Shamba has been connected to the “breaking through of the railway transit” (in the conditions of the illness of the separatist “president” Bzhania and “prime minister” Aquamba, in fact, the chief functionary of the Sukhumi separatist regime). And to Sergei Shamba, the "transit task" was apparently given in advance.

It should be reminded that the same Serb Shamba at the end of last year declared that he was in favor of a "direct dialogue" between the separatist authorities of Sukhumi and Tbilisi. True, the dialogue did not start, since the same Shamba declared "the fundamental positions of the separatist regime in Sukhumi", including the preservation of the occupation and refusal to return Georgian refugees. It is clear that under such conditions there is no "subject for dialogue" with the separatists and cannot be.

Now Sergei Shamba wants to "enter into a dialogue" with the Georgian authorities again. This time about the Armenian transit. And very cleverly, he starts talking about the alleged "interest of Georgia" in such a transit.

Sergei Shamba states that "Georgia should be interested in opening a railway connection through the territory of Abkhazia." According to him, the topic of the possible opening of railway communication between Russia and Armenia through Abkhazia was discussed more than ten years ago.

“There were serious discussions on this topic, but then they could not agree, because the Georgian side insisted that the section of the railway in Abkhazia be called as it was in Soviet times - the Abkhaz section of the Georgian railway. The Abkhaz side did not agree to this, ”Shamba said in an interview with the separatist media.

However, Sergei Shamba did not mention that the main issue, due to which even negotiations on the opening of the Abkhazian section of the railway did not begin, was not the “name”, but the categorical refusal of the separatists and occupants to even consider the issue of returning refugees. And why - is already becoming clear today.

The Armenian lobby "reserved" Abkhazia for the moment when the mass exodus of Armenian separatists and migrants from the liberated Azerbaijani lands of Karabakh begins. And now this time, apparently, has come. Therefore, if the separatists and their "masters" did not even think to discuss the issue of the return of Georgian refugees before, then all the more they will not discuss it now. After all, both the land and the houses of the refugees are already "divided" between the "new residents of Abkhazia" of Armenian nationality.

Sergei Shamba also explains the failure of the attempt to raise the issue of opening the "Armenian transit" earlier by the fact that, according to him, the interests of large players collided in the region at that time, some of whom did everything to cut off Russia from the South Caucasus:

“Now, when the question arose about opening a railway communication through the North Caucasus, it is logical that the proposal of the Abkhaz parliament arose. If we talk about the desire to develop peace initiatives in the Caucasus, then, of course, we need to open all communications, we need to communicate and trade," Shamba said.

No one argues that communications should be opened immediately after the de-occupation of the occupied territories, as happened in Karabakh. And only in this sequence. First, de-occupation and the beginning of the process of returning refugees, then the opening of communications.

At the same time, Sergei Shamba did not mention that in reality his Armenian "masters" most of all do not want to unblock the message through Zangezur. And for this, they need direct communication with Russia through Abkhazia, in order to be able to sabotage the agreements already reached on unblocking communications in the Zangezur region between Nakhichevan and the rest of Azerbaijan.

Also, the Armenian nationalists did not refuse to trample on the sovereignty of Georgia, to seize the Samtskhe-Jvakheti region, to organize a "military corridor" through Georgia with Russian forces in order to move from peace to war and take revenge for the recent defeat in Karabakh. If such crazy plans are realized, they need a connection between the “two Armenians”, a direct Sokhumi-Yerevan train. And this is exactly what Sergey Shamba is trying to do.

But you can't see where is the interest of not only Georgia but also the Abkhaz people? Doesn't Shamba understand that a few more months of settlement of Abkhazia by former separatists and occupants from Armenia and he, together with other ethnic Abkhazians, will simply be “kicked out” of the separatist regime, replacing his people?!

Georgia is undoubtedly interested in the future in unblocking the railway through Abkhazia, but in the interests, first of all, of the Abkhaz and Georgian peoples. And this requires the de-occupation of Abkhazia, the return of refugees, and the reconciliation of the two fraternal peoples. This is exactly what those who rapidly populate Abkhazia with Armenian migrants do not want.