Revenge plans: the stake of Armenian nationalists on terrorism and its danger for the South Caucasus 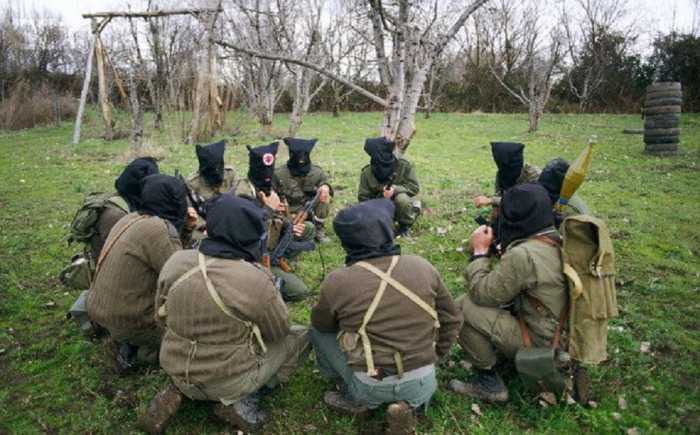 The second Karabakh war led to the fact that the Armenian army as a combat-ready structure ceased to exist. However, even before this war, it was "combat-ready" at the level of the 90s and was not at all adapted to modern warfare. But to create a new, truly modern army, the Republic of Armenia has neither the means, nor the technical capabilities, nor even the demographic potential.

Since February 1, with the opening of flights to the Russian Federation, there has been a stir at the Yerevan airport - the Armenians by hook or by crook try to buy tickets for any money and leave the country. Moreover, first of all, young people, who have already become demographically small in number, are leaving Armenia.

The internal political situation in the Republic of Armenia has also reached an impasse. After the defeat in the war, the current government of Pashinyan became the subject of universal hatred of the Armenians (although to be honest, the degradation of the Armenian army and the occupation group in Karabakh began long before Pashinyan). But the fact of the matter is that there was no “constructive alternative” to Pashinyan (do not count, in fact, such a corrupted “Karabakh clan?”). And Armenians have no traditions to change power in a democratic way. It changes in Armenia almost exclusively by terrorist attacks (as in October 1999) or by "Maidans" (as in 2018).

Under these conditions, calls for terror against those who “did not justify the hopes” of the Armenian nationalists are not particularly surprising. In particular, the "Artsakh" separatist Vahan Badasyan, who fled from Karabakh, openly threatens the Armenian leadership with terror and calls for the assassination of President Sargsyan and Prime Minister Pashinyan. And there are no retaliatory actions (or at least attempts to neutralize the terrorist) such calls on the part of the authorities.

However, the tradition of killing those Armenians who refuse to follow in the mainstream of a crazy nationalist policy is a long-standing "tradition" of the Dashnaks. However, terrorist provocations of Armenian nationalists aimed at involving other geopolitical forces in their crazy "projects" can be much more dangerous and force them, at the cost of inciting a war, to implement the Armenian project "Great Armenia" by any means "by someone else's hands".

The presenter of the YouTube channel "Caliber" recently warned that a large-scale provocation or terrorist attack "under a false flag" was very likely (https://youtu.be/gob0JiZqrKo at the 12th minute). There is indeed a high probability that, disguised in Azerbaijani uniforms, the terrorists will organize mass killings of the peaceful Armenian population of Nagorno-Karabakh and (if possible, they will also attack the Russian peacekeepers). Then to start screaming all over the world about “genocide” and “attack on peacekeepers” (by analogy with the provocation in Tskhinvali in August 2008). The goal is clear - to involve Russia and, with Russian hands, unleash a new “big war” in the Caucasus under the pretext of “saving Armenians from genocide” (just like the August 2008 war was unleashed under the pretext of “saving the Ossetians from genocide”. But this time the scale is planned where more.

It is obvious that in case of a successful provocation in this "big war", Russia will simply be put before the question of "breaking through the military corridor" through the territory of Georgia at any cost. Otherwise, a group of 1,900 Russian peacekeepers in Karabakh finds itself in a hopeless encirclement and even the help of a few Russian troops stationed in Gyumri will not help it much. Those. Armenian terrorism and provocations continue to be a factor in the threat of kindling a "Great War" in the South Caucasus. And this factor cannot be underestimated.