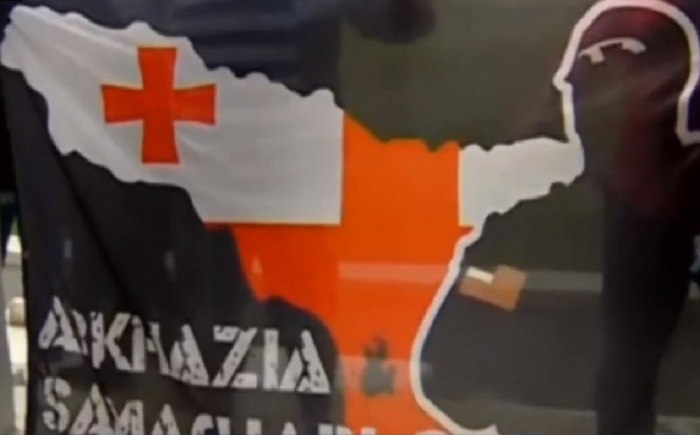 On January 22, 2021, Russian opposition politician Alexei Yuryevich Melnikov, who was a deputy of the State Duma of the Russian Federation of 1-3 convocations, published a post on his blog on the Echo of Moscow website under the heading “Abkhazia and South Ossetia. Refuse recognition ”(https://echo.msk.ru/blog/alex_melnikov/2777846-echo/).

It is interesting that this almost "programmatic" post appeared a day before the start of mass protests in Russia demanding the release of opposition leader Alexei Navalny. Alexey Melnikov, one of the main coordinators of these protests from the anti-Putin opposition. Therefore, it can be assumed that if a change of power in the Russian Federation occurs (and the likelihood of this with each wave of protests seems to increase), then Melnikov will not be the last person in Russian politics. Therefore, his statements regarding the separatist territories are very interesting. Here is this post dedicated to the "independent" regimes of Sukhumi and Tskhinvali in full:

“In recent days, two Georgian territories - Abkhazia and South Ossetia, recognized in 2008 by Russia as“ independent states ”, have reminded of themselves. Abkhazia refused to extradite to Russia two people convicted in absentia for murder in our country. News came from Vladikavkaz about the beating of journalist Ruslan Totrov, covering the events in South Ossetia.

August 2021 will mark the 13th anniversary of "independence". What are the results? What has Russian diplomacy managed to do in order to achieve recognition of these "states" by at least half of the world community? Nothing. Apart from a few satellites and clients of Russia, Abkhazia and South Ossetia are not recognized by anyone. There are no prospects. At the same time, they annually receive financial assistance from Russia and there is no end in sight of this support. The project of independence of Abkhazia and South Ossetia should be considered an unsuccessful decision. Another area of ​​the same kind is Transnistria. New Russia objectively faces the task of stopping an unsuccessful and costly experiment, not even an experiment, but a short-sighted policy that has come to a standstill, and prepares the transfer of Abkhazia and South Ossetia to Georgia, and Transnistria to Moldova."

If you think about it, these are two obvious and possible solutions capable of at least partially improving the situation around Russia and showing the world that it is not hopeless.

In addition, in financial terms, this will mean the removal of the burden from our country and the opportunity to use the released funds for the screaming social problems of the Russian population.

At the very least, the first step should have been taken - without changing anything in fact, declaring the refusal to recognize independence and the start of negotiations to reach agreements.

In such negotiating groups, in addition to Georgia, Abkhazia, South Ossetia, Moldova and Transnistria, the European Union, Great Britain and the United States should be invited. The agreements reached must be secured by multilateral guarantees.

And, of course, it is important to set realistic deadlines for solving the problem - a year, two, three. So that there are no empty conversations that lead to infinity.

At one time, the Carter administration managed to reach an agreement between Egypt and Israel (see photo). The Trump administration has made a number of breakthroughs in recent years to bring the Arab world closer to Israel. It all seemed like pipe dreams.

Our situation with Abkhazia, South Ossetia and Transnistria is not as serious as in the Middle East. Here you can find a peaceful solution based on the observance of the rights of the people living in the respective territories."

If on January 22, as soon as the aforementioned post appeared, in separatist Abkhazia, many who read it "snorted", then already on January 23 they were no longer laughing. And especially on January 31, when for the first time since the 90s, the authorities had to block the center of Moscow for pedestrians to prevent mass rallies, but this did not help much, the protests gathered even more people than on January 23.

The myth of "popular support for Putin" in Russia is crumbling before our very eyes. So far, the protests have been successfully "crushed" only by repressions and mass detentions, and the authorities are helped by the cold winter weather that is not at all "Maidan". But it is already clear that "Putin until 2036", as many hoped after the "zeroing" of his previous presidential terms, will no longer exist.

And it is banal that the current top of the Kremlin is “driven by age” from power. Putin and the same Lavrov-Kalantarov are not young people at all. And they didn’t bring up a “change” of politicians, which would also do their best to support separatism in the Georgian territories.

Those. The "political pendulum in Russia" is about to swing in the opposite direction and the government will change. And sooner rather than later. As a result, the separatists panicked on social media:

"If they come to power, nothing good will be for us and we don't have a second Vladislav!" - one of the ardent separatists wrote a comment. “God forbid them to come to power. On the second day we will find ourselves (hereinafter, sad consequences are described in Abkhazian), ”the other echoes her.

The most interesting thing is that apparently the FSB and the separatist special services called to "stop the panic", and those who commented on Melnikov's opinion in this spirit - "wiped" the posts. But the screenshots remained, and in one of them, commenting on Melnikov's call to return Abkhazia to Georgia, etc. "South Ossetia" separatist Timur Argba writes in particular the following:

“The young generation of hamsters (as he calls opponents of Putin) thinks so. These are consumers who want to live cool. They have these imperial attempts to side with them ... The oligarchs chose Putin in the hope of getting their snoop, but he jumped off the hook (a cunning Chekist). He gathered around himself the security forces raised in the USSR (imperial monster). They stopped the decay process. And then it is not clear what. They are dinosaurs, it will all go away "

Indeed, support for separatism in the modern global world is a “dinosaur strategy”. And how people "with the mindset of dinosaurs" are able to resist new technologies was shown by the Second Karabakh war, where the Armenian "generals of the 90s" could not oppose anything to Azerbaijani drones.

In the field of poetic strategies, the situation is the same. "Dinosaurs" betting on separatism are doomed. And their manic attempts to make separatism their "banner" only hasten the sad end. None of the protesters against Putin remembered "our Crimea" and "saving Tskhinval from" genocide "as his" merits. " But the current authorities of the Russian Federation criticized (and in many respects justifiably) for corruption and the construction of huge palaces in a country where millions of people in the provinces still live in barracks.

There is nothing to counter this to the Russian authorities, who, under the influence of the Armenian lobby, have spent unthinkable efforts to support separatism. Russian youth, who are deprived of life prospects by the “dinosaurs” by their corruption, absolutely do not care about the “recognition” of Nauru's fake “independence” of separatist Abkhazia and the so-called “recognition” by Lavrov-Kalantarov for $ 50 million. "South Ossetia".