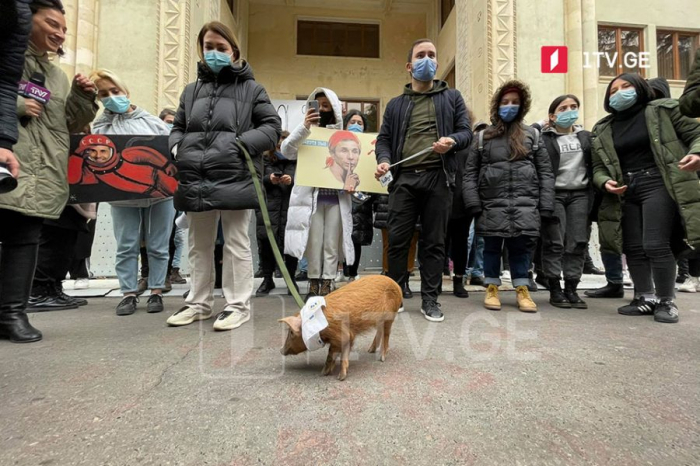 As rally participants said, if only one party enters the parliament, Georgia will return to the Soviet Union.

Protesters noted that the one-party parliament is like an animal farm. As a symbol of this, the protesters brought a pig at the Parliament.