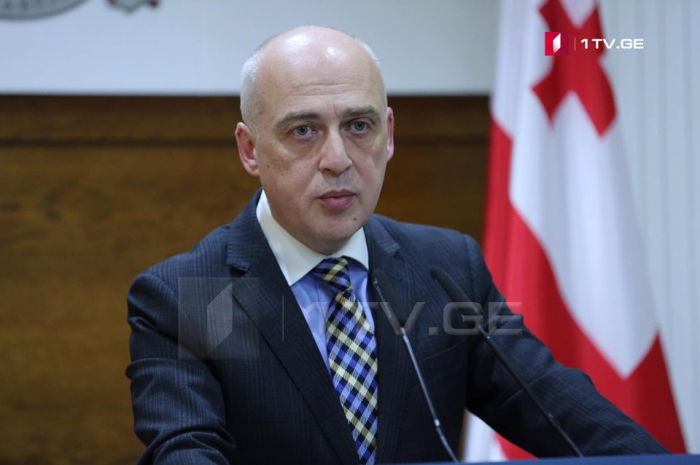 There is full readiness on our part to correct any faults in election legislation. The faults, if any, will not be corrected with street protests – Davit Zalkaliani, Foreign Minister said in “Moambe” News Program.

According to Foreign Minister, the process of changing the government with storming of parliament had to be over once and forever in Georgia and that U.S. Secretary of State Mike Pompeo shared this standpoint.

Zalkaliani said that Prime Minister had provided U.S. Secretary of State with the information about the process ongoing over the parliamentary elections and that the processes represented new reality for ripeness of Georgian democracy.

“It was noted on our part that for the first time in the history of independent Georgia, elections were held under a new system, and the United States’ contribution to the development of this new system was very large. Nine political parties in the recent history of Georgia have never been represented in the Parliament of Georgia, the opposition has never had so many seats, elections have never been held under such a new system. This is a unique opportunity for the actors in this election to respect the supreme legislative body and the will of voters,” Zalkaliani said.

Foreign Minister said that any faults in the election legislation could not be corrected with street protests and that Mike Pompeo shared this viewpoint.

“We see what is happening in the neighborhood, Russia’s increased involvement in the region and here we are engaged in absurd stubbornness and taking the process to the street. It is unacceptable for our international partners,” Zalkaliani said.