Archil Talakvadze: We are aware of responsibility to conduct legal, transparent investigation into Davit Gareji case 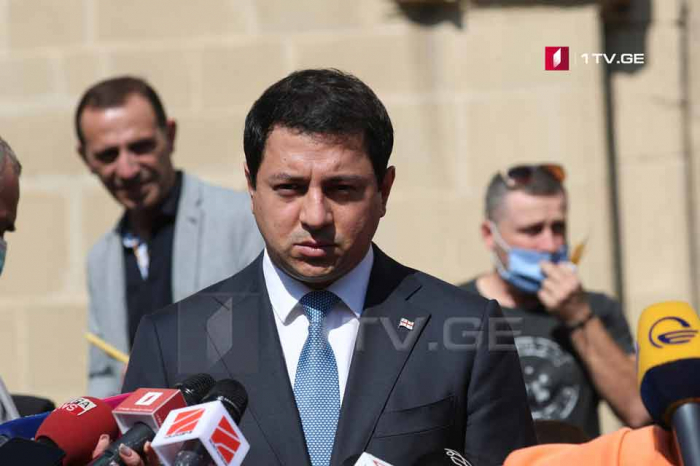 “We are aware of the responsibility to conduct a legal, transparent and thorough investigation into Davit Gareji case,” said the Chairman of the Parliament of Georgia, Archil Talakvadze.

Talkavdze noted that the issue of Davit Gareji is of national importance and it has always been a priority for Georgian Dream.

“We will do everything possible to protect our cultural heritage within the framework of the constitution and legislation, and to clarify the disputed issues with our strategic friend and partner-Azerbaijan,” Talakvadze said.

As part of the ongoing investigation into the case of David Gareji, Prosecutor’s Office of Georgia hasarrested Iveri Melashvili and Natalia Ilychova on October 7.

The Investigative Division of the General Prosecutor’s Office of Georgia is investigating a criminal case on the fact of taking action to transfer a part of the territory of Georgia to a foreign country on the grounds of a crime under the first part of Article 308 of the Criminal Code of Georgia.

The investigation was launched on August 17, 2020, based on written information received from the Ministry of Defense of Georgia regarding the activities of the Government Commission on Delimitation and Demarcation of State Borders of Georgia. According to the information received from the Ministry of Defense, the Commission illegally agreed on certain sections of the state border between Azerbaijan and Azerbaijan, to the detriment of the territorial interests of our country.