Appeal to Armenians in Armenia and Georgian Samtskhe-Javakheti 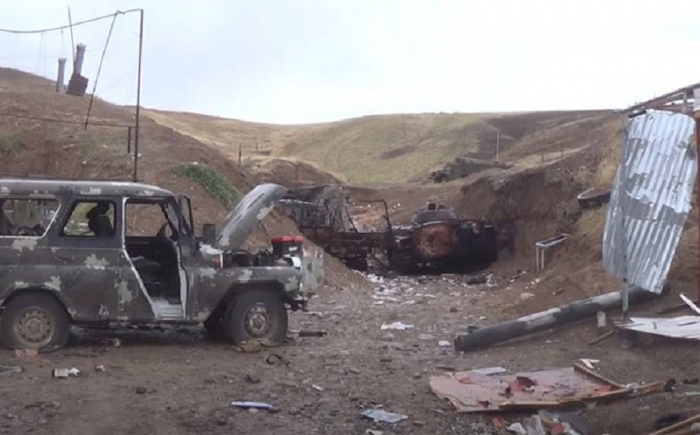 When young people, succumbing to nationalistic madness, go crazy and begin to commit fatal and rash acts, it's time for those who raised these young people, put them on their feet, call fathers and mothers to reason, say a weighty word and keep children from death.

Today, Pashinyan's regime is throwing tens of thousands of young Armenians to certain death. He also announced a gathering of Armenians from all over the world. But the rich and well-to-do Armenians of France and the United States are unlikely to go en masse to die in the Karabakh mountains. Therefore, the bankruptcy of the Yerevan regime is primarily on Armenians with Georgian citizenship living in Samtskhe-Javakheti.

Having succumbed to the agitation of extremists, young Armenians, citizens of Georgia enroll in militant units in order to fight in a foreign land, and there with a high probability of finding their death. Georgia, taking care of the lives of its citizens, closed the border, but there is a danger that young Armenians from Georgia, obsessed with nationalist madness, will nevertheless break through to the occupied Azerbaijani territories. Therefore, their fathers and mothers, the older generation of the Armenian people, who have inherited the wisdom of previous generations, must say their weighty word right now and keep their youth, their future from senseless death:

“You lived next to Azerbaijanis and lived peacefully. If today it was not for the incitement of the war around Karabakh by the nationalists, then one of the largest communities in the world, Baku, would live peacefully in its hometown. We would live in one of the most flourishing parts of Azerbaijan, Karabakh.

Unfortunately, what happened happened. For more than 27 years, Azerbaijani refugees could not return to their homes. Today the Azerbaijani army is liberating its native land step by step. There are no more victorious statements by the Yerevan politicians and the military. Their tales about how "bad" Azeri warriors have disappeared somewhere. And this is natural because the Armenian politicians and the command of the Armenian army remained so in the early 90s of the last century. They were convinced that once a victory won by foreign (Russian) hands in a battle means staying in the war, that the seizure of foreign land is forever. "

Pashinyan's regime in this massacre, which he organized in foreign occupied territories for his people, throws into battles either generally unprepared and not fired young conscripts, or reservists who have already forgotten how to fight and have lost their skills. In fact, Armenian youth are becoming targets for extermination at the front. Here, for example, the words of one of the Armenian military - Arthur - published by the Russian "Novaya Gazeta" in the material War at the southern gates

“Yesterday we were in Hadrut (a city in Karabakh, which has been heavily bombed all the days of the war), officers came and said that the commander would be tried. At night he gathered all the youth and told them to leave [from Dzhabrail]. He disobeyed orders from above. He himself said: "These are boys, they have been called up for ten days, and they have already been given a gun." What are you doing? Where will this child go? Okay, I did the service, and even then this service will not help there. Automatic machine against aviation and artillery. I'm like a living corpse there, ”says Arthur. He is clearly very dissatisfied with the NKR military command and the Armenian authorities.

Another volunteer, Arthur's friend, comes up to us and confirms: “Everything is very bad there. We came from the first line at Dzhabrail. "

- The authorities report that the loss is about 200 people. Does this sound like the truth? I ask. The Armenian authorities publish the personal data of the dead soldiers, but at the same time they report that they have already destroyed more than 3 thousand enemy soldiers, therefore, even with the amendment that it is objectively more difficult to attack, the numbers are questionable.

- 200 people died in front of my eyes, on our line! And in total there are thousands of dead! - sure Arthur. "

Even where the Armenian side is fighting not recruits, but trained units, the losses of the invaders are many times greater than those of Azerbaijan. Destroying entire Armenian battalions, the Azerbaijani army often does not incur any losses at all, literally shooting its opponents “remotely”.

Armenian military leaders were never able to equip their army with modern unmanned vehicles and means. Azerbaijani troops destroy enemy military facilities using unmanned aerial vehicles and artillery. Even without entering into direct fire contact with them, when, theoretically, it is possible to "get" the enemy from a machine gun.

In Azerbaijan, the leadership declares that it does not want unnecessary victims, does not want the killing of Armenian soldiers. After all, the Armenian people will continue to live next to the Azerbaijanis. Therefore, he calls on Armenians, especially the older generation, who remember how Armenians and Azerbaijanis lived peacefully side by side, to call on their people to change their minds.

Do not send your children to certain death. After all, many young Armenians found their grave on Azerbaijani soil, without even entering the battle, but being destroyed by unmanned aerial vehicles and artillery on distant approaches or during transfer to the front line.

I would especially like to say about the peaceful Armenians of Nagorno-Karabakh. Yerevan politicians call on Armenians all over the world to protect them, but how can you protect them when the offensive of the Azerbaijani army is inevitable. The most you can do is give them a few extra days or hours to evacuate to get them out of their homes.

Azerbaijan considers the Armenians of Nagorno-Karabakh its full citizens, it does not want to expel them from its lands: “Our ideal is the peaceful life of Armenians and Azerbaijanis side by side in united and indivisible Azerbaijan. However, one must understand that shelling Azerbaijani cities when relatives and friends die under the explosions, it will be more and more difficult for the command of the Azerbaijani troops to ensure that the soldiers look at the residents of Karabakh of Armenian nationality as their good neighbors and fellow citizens.

The more there is resistance in the occupied territories of Karabakh to the restoration of the legitimate Azerbaijani power, the more difficult the issue of reconciliation of the peaceful population of Armenian nationality who wants to stay with the Azerbaijanis returning to their homes will be. Therefore, it is in the interests of the civilians of Karabakh that the senseless resistance ends as soon as possible.

Before it's too late, the Armenian occupation authorities must leave the Azerbaijani land and transfer control over the cities and villages of Karabakh to the Azerbaijani army and law enforcement agencies. Azerbaijan guarantees freedom, all rights of citizens of Azerbaijan and inviolability of property to all civilians of Armenian nationality. With the establishment of peace, they will be able to safely travel across the border to Yerevan and other cities of the Republic of Armenia. Now there is no need for them to leave their homes and go into the unknown.

However, if the shelling of Azerbaijani territory continues further, and the occupation troops linger in Karabakh, trying to keep it, then the chances of Armenians to stay in their homes will diminish. Not to mention the fact that these houses are being destroyed by the fighting. And the Azerbaijani government, with all its desire, will not be able to quickly help restore housing to its citizens of Armenian nationality.

The future of the Armenian people and its existence depends on your prudence today. Your enemy is not Azerbaijan, but Yerevan politicians who are ready to stage the genocide of Armenian youth today, throwing them to slaughter on foreign Karabakh land, which they will not keep anyway.

Even if some settlements and some positions in the Armenian-occupied Karabakh still manage to hold out for a week or two, this will not fundamentally change anything. Azerbaijan will free its land anyway, but the Armenian people will suffer huge and irreplaceable sacrifices for the madness of their politicians.

Who will return their children to Armenian mothers, whom today the finally bankrupt Pashinyan is leaving to certain death? The Armenian people do not need this. The Armenian people have always been distinguished by their prudence and foresight, and this allowed them to live in various historical conditions, without having their own state for centuries, and to live and prosper. However, the fixed idea of ​​creating a "great" national state and seizing for it as more foreign lands leads the Armenian people to a tragedy in our eyes.