Sergi Kapanadze: We're making two political commitments - we will not cooperate with Georgian Dream and we will not support Saakashvili as Prime Minister candidate 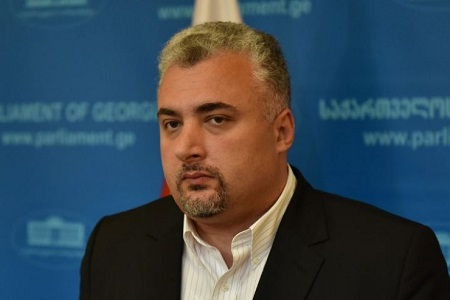 According to Sergi Kapanadze, the head of European Georgia's election headquarters, in addition to the so-called commitment card, they also make two political commitments - not to cooperate with Georgian Dream and not to support Mikheil Saakashvili's candidacy for the post of Prime Minister.

Sergi Kapanadze called on other political forces to make similar commitments at a briefing today.

"Our campaign is to reach out to as many people as possible with volunteers, activists, as well as political leaders. In addition, we make two other commitments. Those are already political commitments. The first is that we will not cooperate with Georgian Dream under any circumstances. We will not form a government with them. We call on all other opposition forces to make similar commitment. I can also add that we will not support Mikheil Saakashvili as Prime Minister candidate. This is an additional political commitment. The most important thing is the commitment to make a change, which will redirect the country for the better", - stated Kapanadze.