The partnership between Azerbaijan, Georgia and Turkey is an example of regional cooperation 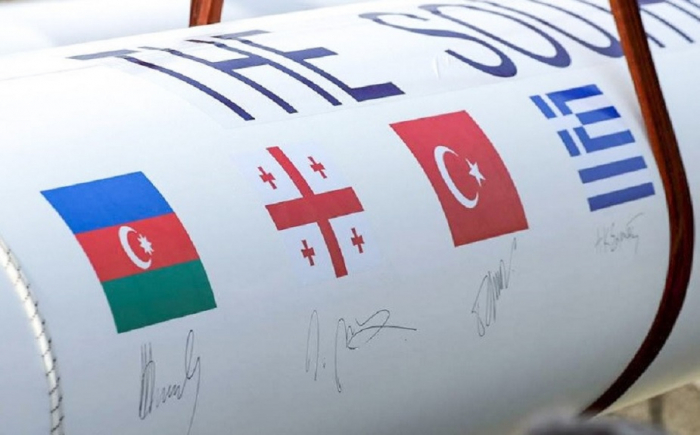 For Georgia, Azerbaijan and Turkey are not only good neighbors, but also vital economic partners.

According to analysts, gas transit from Azerbaijan through Georgia to Europe within the Southern Energy Corridor has the greatest prospects for further bilateral relations. The Southern Gas Corridor is significantly changing the geopolitical layout in Europe. For a long time, it was the dominance of Russian Gazprom in gas supplies that led the Kremlin to force its European partners to put up with its policy, which was not always constructive, especially in terms of violating the territorial integrity of sovereign states, redrawing borders, and supporting separatism.

Today, the strategic partnership between Azerbaijan and Georgia is growing stronger every year. Azerbaijan is one of the most serious investors in the Georgian economy. Azerbaijani companies are the largest taxpayers in Georgia. The transit potential of Georgia is also provided to a large extent by Azerbaijan. About 2 million tons of Azerbaijani oil per year pass through the terminal in Kulevi, we are talking about both energy and transport interaction, thousands of containers pass through the territory of Georgia every year. It should also be noted that according to the results of the first half of 2020, Azerbaijan is the third largest trade partner of Georgia in terms of volume, behind only China and Russia.

The times of “gas blackmail” with the commissioning of the Southern Gas Corridor are a thing of the past. Therefore, it is no coincidence that by the end of the year the entire Eurasian region is waiting for the implementation of the Southern Gas Corridor. Representatives of the European Union have repeatedly said that they regard Georgia and Azerbaijan as important transport hubs that will ensure the future energy security of the entire European continent.

It is no coincidence that the modern leading politicians in Georgia give priority to cooperation with Azerbaijan. So the Prime Minister of Georgia Giorgi Gakharia began his work in this high post precisely with a visit to Azerbaijan.

It was not by chance that we decided to make our first visit to Azerbaijan. You know that cooperation between our two countries has gone beyond the framework of not only the bilateral, but also the regional dimension, and acquired an important international context, ”said Giorgi Gakharia, who also repeatedly stressed the importance of developing Georgian-Azerbaijani relations.

The President of Georgia Salome Zurabishvili also notes the importance of cooperation with Azerbaijan:

“We have traveled a historical path together. Geographically, we are close neighbors, we are also united by history. In recent centuries, we have traveled a successful path together, experienced tragedies. We know what state building is and what it requires. All this unites us, because we have gone through all the tragedies together, but were able to achieve progress, development, progress in the field of culture. I feel closeness and friendship in every issue, "the President of Georgia emphasizes.

Salome Zurabishvili also emphasizes that at the end of the last and the beginning of this century, Azerbaijan and Georgia implemented truly large-scale projects in the energy sector: “We showed the whole world that this region is central and the corridor is stable, that large investments can be made in this region. ... The main goal we face now is to chart even larger projects. ”

“In today's world, transport is an area with great potential. The transport sector is very important to the world. Connecting Asia, China and Europe is a very topical issue, and we are following this path. This is the shortest path, but we have not yet been able to fully develop its capabilities, and it depends on us, ”says Salome Zurabishvili.

Cooperation between Georgia and Azerbaijan concerns not only the economic, but also the humanitarian sphere. It should be especially noted the attention that Azerbaijan, living in the country, pays to the Georgian community. Everything is done here so that the Georgians of Azerbaijan can freely study in their native language and develop their culture and identity. Recently, a modern Georgian school was opened in the Gakh region of Azerbaijan, where Ingilo Georgians live.

At the same time, everything is being done in Georgia to make the Azerbaijanis living in the country feel like full citizens, and a lot is being done to fully integrate Azerbaijanis into Georgian society. Azerbaijanis of Georgia are patriots of the Georgian state. They selflessly fought for the territorial integrity of Georgia in 1992-1993 in Abkhazia and while repulsing the aggression in August 2008. The loyalty of Azerbaijanis to Georgia is especially important at a time when some representatives of a number of other ethnic communities living in Georgia (primarily Armenian nationalists) took course towards separatism.

Today the political and economic axis of Baku-Tbilisi-Ankara is one of the most successful and perfect models of good-neighborliness and can serve as an example for other countries of the region. The creation of a geopolitical triangle: Azerbaijan - Georgia - Turkey is more urgent than ever.

According to him, there is a unique regional synergy between the three countries. “On the one hand, it provides an opportunity to meet the growing demand for energy resources of Azerbaijan, and on the other hand, thanks to the transit potential of Georgia and Turkey, unique opportunities are formed for the supply of additional resources to European markets,” David Zalkaliani said.

It should also be noted that in the triangle Azerbaijan - Georgia - Turkey, Georgia is the central and key country. In no other international alliance Georgia, by definition, has and will not have such a key importance. Those. in fact, thanks to the alliance with Azerbaijan and Turkey, the geopolitical weight of Georgia increases dramatically and becomes much greater than one would expect given the size of the territory, population and economic potential of the country.

It is important that both Turkey and Azerbaijan support Georgia wherever possible. They firmly stand for the restoration of the territorial integrity of Georgia, for the de-occupation of Abkhazia and the Tskhinvali region and the return of Georgian refugees to their homes. In the UN and international organizations, Azerbaijan and Turkey have always supported and will continue to support Georgia on such fundamental issues.

It should also be noted that Georgia, Turkey and Azerbaijan are facing the same challenges, primarily the challenges of separatism. Unfortunately, 20% of the territory of Azerbaijan, as well as 20% of the territory of Georgia, is temporarily occupied. More than 300 thousand Georgians became refugees and this tragedy is understandable for Azerbaijan, whose refugees from occupied Karabakh became over 1 million indigenous people of this primordially Azerbaijani territory.

Recent events also show that it is the regime in Yerevan that is the source of destabilization in the South Caucasus region. According to political analysts, the recent armed provocation of the Armenian military in the Tovuz region of Azerbaijan was primarily aimed at cutting off the Southern Energy Corridor. The Georgian leadership understands how dangerous the aggressive plans of Yerevan are for the country.

Unfortunately, the danger of new provocations by those who want to kindle a "fire" in the South Caucasus and cut strategically important transit routes has not passed. Therefore, cooperation between Georgia, Azerbaijan and Turkey in the military and security spheres is of great importance.

Such cooperation is fully consistent with Georgia's course towards Euro-Atlantic integration: as you know, Turkey is a key country, a NATO member in the region and plays a huge role in ensuring the security and stability of the entire Eastern Mediterranean.
Georgia's cooperation with Turkey and Azerbaijan will make it possible to turn the South Caucasus region into a zone of peace and stability, as well as to begin the processes of peaceful settlement of existing conflicts based on the inviolability of borders and respect for the territorial integrity of sovereign states.