Russia ceases to feed the separatists of Sukhumi and is already demanding money back! 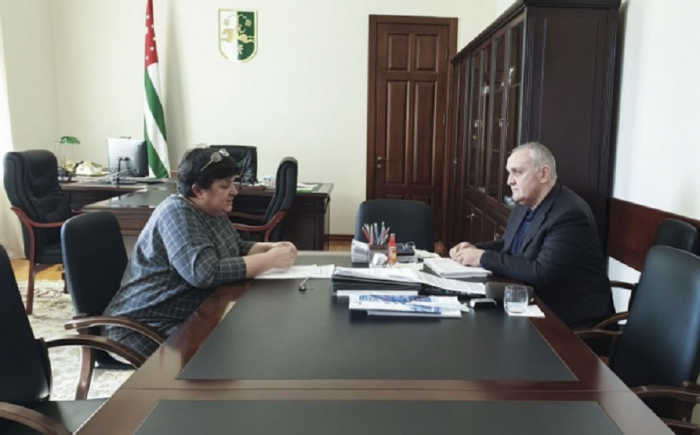 The economic situation of separatist Abkhazia is deteriorating rapidly. And it’s not only a matter of the holiday season “nullified” due to the coronavirus epidemic. Which is the worst thing for the separatists, since all the signs have appeared that Russia will not only stop financing them but will also demand money back.

For the separatists, this is the worst nightmare they could imagine. After all, they are accustomed only to receive, rob, plunder, and loot. They are not used to paying, let alone repay debts. But - have to!

Russia itself is now on the verge of an economic disaster. They “nullified” and even at one time reached negative values of the oil price, followed by falling gas prices. Plus, the economy is stopped by the notorious "self-isolation." Money is beginning to be sorely lacking. And already it is necessary to save hard on their own, Russian, pensioners and state employees.

It is no longer even a question of throwing money into Abkhazia as into a bottomless "black hole". Moreover, the separatists are given an ultimatum so that they will return what has already been taken from Russia, “eaten up” and stolen.

The most interesting thing is that high Moscow officials do not even want to talk particularly with separatist leaders. They don’t want to communicate with them even at the level of the Krasnodar Territory. They refer “leaders of an independent state” to “small fry” of the district level, from which, of course, the separatists in Sukhumi will not get a penny. Those are simply not authorized to resolve such issues. But on the instructions of the higher authorities, they set up “invoices for payment” for the separatist puppets.

A meeting with the Prime Minister of Abkhazia, Alexander Ankvab, from the deputy head of the department for the appointment, recalculation, and payment of pensions of the Office of the Pension Fund of Russia No. 2 in the Adler district of the city of Sochi Eliso Gurgulia seems very eloquent.

Think about what “level” the Kremlin’s owners “lowered” the second person into the separatist hierarchy: the prime minister of the supposedly “independent state” is forced to humiliate himself before the DEPUTY HEAD OF THE REGIONAL OFFICE DEPARTMENT No. 2. Yes, even in front of an ethnic Georgian. Understanding perfectly how Georgians relate, over 300 thousand compatriots of whom the separatists expelled from their homes to the Sukhumi puppet authorities.

And here the second person in the separatist hierarchy publicly "dunked his face with dirt."

"Almighty (compared to the puppet -" Prime Minister of Abkhazia "Alexander Ankvab"), the deputy head of the appointment, recalculation and payment of pensions department of the Pension Fund of Russia No. 2 in the Adler district of Sochi, Eliso Gurgulia stated that more than 600 residents of Abkhazia illegally received Russian pensions.

According to the Pension Fund of Russia (PFR) branch in Abkhazia, more than 600 people illegally received PFR funds. The total amount of reimbursement of overpayments required to return to the fund budget is over 15 million rubles.

“The problem of the return of illegally received amounts is one of the most urgent in the activities of the Pension Fund of Russia in Abkhazia, which requires careful study and constant monitoring. The FIU can transfer funds for one or another social payment to persons who have lost their right to it. For example, the deceased. This, in turn, entails large amounts of overpayments, which are subject to obligatory reimbursement by the guilty persons, "the press service of the separatist“ cabinet of ministers" quotes Gurgulia.

According to Eliso Gurgulia, the Russian Pension Fund currently has 30,719 people who permanently reside in Abkhazia and receive a Russian pension. At the same time, the accrual of the Russian pension was suspended for some recipients due to “failure to pass the procedure for establishing the fact of being alive.” “There are 904 such pensioners today,” said Gurgulia.

Thus, there is no question of any new payments and transfers from Russia to Abkhazia. First, return that you took the "superfluous"!

And the “great prime minister of independent Abkhazia” stood “hitherto” in front of a third-rate Russian official at the district level. Moreover, according to Abkhazian separatist concepts, it belongs to the “Georgian race”. And humiliatingly promised to return all the money.

Ankvab said that it is necessary to take all measures to identify illegally received amounts of pensions and other social benefits and return to the budget of the FIU.

“Such amounts of debts can affect the loss of trust between the Abkhaz side and the Pension Fund of Russia,” the head of the separatist “government,” said.

Ultimatums to the “government of independent Abkhazia” on the part of the deputy chief of the department for calculating pensions of district administration No. 2 demanding a refund indicate that the Russian authorities are stopping feeding the separatist regime. Moreover, they especially do not need to look for an excuse. “You steal money - you won’t get it anymore!” And in separatist Abkhazia they do not just steal, but shamelessly steal.

What do the separatists do? They themselves cannot earn. There will be no more money from Russia, not to mention stealing it. All that remains is to rob and rob each other.

Separatist Abkhazia may well immerse itself in complete criminal gangster chaos, which perhaps only awaits a united Armenian lobby. Armenian nationalists are well-armed and organized, and most importantly they have the support of the occupying army. Therefore, they can quickly restore “order” at the same time organizing an ethnocide of the remnants of the Abkhaz ethnos.