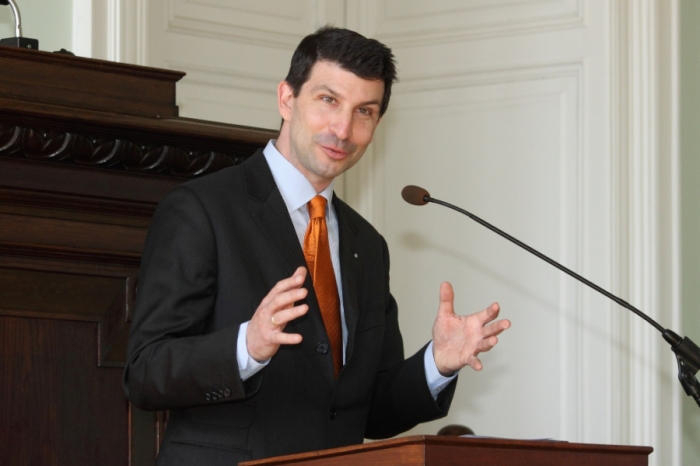 Georgia is a different country having traditions that should be respected – Ambassadors of the Republic of Austria to Georgia: H.E. Arad Benkö said in Week Interview Program of Georgian First Channel.

According to Ambassador, on the first hand, there is the obligation of protection of rights of minorities and their freedoms. On the other hand, there are traditions and certain sensitivity; rules must not be copied blindly and practiced.

“Good relations between the church and certain people must be maintained. We say that people should understand each other. The issue is sensitive and polarization must be evaded. A round table format should be created so that parties, sides talk to each other and find compromise although the right to free assemblage and freedom of expression should not be threatened,” Arad Benkö said.

The Ambassador said that it is important for Austria that Georgia recognized the rights of sexual minorities.

On the question of the Program Host Irakli Absandze, if Benkö found himself an addressee of the statement made by businessman Levan Vasadze, who claimed that naughty ambassador’s place was in the embassy rather than in a street and teaching wisdom, the Austrian Ambassador said that he would not react to such statements.”Levan Vasadze is a businessman, isn’t he,” Benkö said.