Armenian "thanks" to Georgia for saving them from starvation 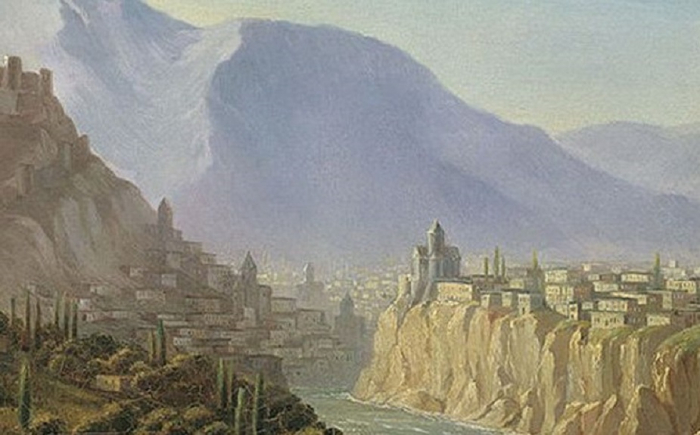 If you listen to the Armenian nationalists, it turns out that the Georgians did nothing at all, did not create anything, but came to the "ready", which the "great and ancient Armenians" did for them.

The fact that Georgians once did good for Armenians in history is not even discussed by Armenian nationalists. Although Armenian historical sources themselves testify to how Georgia saved tens of thousands of Armenians from death in difficult years. For some reason, Armenian nationalists who are very fond of their ancient and great history are not mentioned at all for one of these episodes. We are talking about saving Armenians from starvation after the invasion - historian Vano Sulori talks about this in an article “How Georgians saved Armenians from starvation is a little-known fact” (https://sputnik-georgia.ru/columnists/20191023/246825994/Kak-gruziny-spasli-armyan-ot-golodnoy-smerti--maloizvestnyy-fakt.html). We give it in full:

“Tomes depicting centuries-old relations between Georgians and Armenians keep many secrets about which the general public has no idea.

Sometimes there are facts that cause conflicting feelings - surprise and at the same time regret, because they have not received wide publicity. Today we will talk about one of these little-known facts.

Georgia had many worthy kings, the merits of which can hardly be overestimated, however, the nickname "The Great" went only to Alexander the First. It was the king who put on his feet the kingdom, which had almost turned into ashes, strengthened it, returned a significant part of the lost territories and restored the country's reputation.

Alexander the Great had merits not only to the Georgians; his contribution to saving the Armenian people from starvation was invaluable. Here is what the 15th-century Armenian historian Tovma Metsopetsi writes in his work “The History of Timur Leng and His Descendants”:

“A terrible famine began in our country in 1413. Both among believers and among infidels, hunger such that dogs and cats, corpses, horses, donkeys and camels were eaten. When there was nothing left, they turned to their sons and daughters. It came to the point that a thousand people were obviously or secretly eaten. Believers in winter rose from Ararat Gavar and went to Georgia ... "

Such a catastrophic situation was not only in the Gavar district, while all of Armenia was starving. The most difficult situation has developed in Tashiri and Karabakh, annexed to the Georgian kingdom. If Georgia did not appear as a savior, the Armenian people would face complete annihilation.

What was the situation in Georgia at that time? In 1385-1403, after the raids of Timur Leng, our country, although it maintained its independence, was already not the same Georgia as before the emergence of the Samarkand emir. The scale of destruction was such that it is impossible to convey in words.

At that time, Georgia was ravaged no less than Armenia, but our ancestors did not alienate Christians in distress. On the contrary, by order of Tsar Alexander, 60 thousand households (approximately 250 thousand Armenians) were sheltered, fed and settled on fertile lands. This is while the number of Armenians in the Caucasus barely exceeded 500 thousand.

Due to the fact that a significant part of the Georgian population died in the battles with Timur Leng, many villages and settlements remained abandoned. It was on these lands that the king settled the Armenians who fled from hunger. So in Tbilisi, Gori, Uplistsikhe and Samshvild and Armenian settlements appeared ...

It is impossible not to recall the words of the Finnish teacher and sociologist Hans Joran Hoxtent about Georgia:

"I have not heard anything about hatred, the envy of others here ... The history of Georgia is a story of kindness, love, mercy for refugees ...". The end of the article.

Having sat up, "fed up" and got rich in Georgia, the Armenians began to develop other lands. After all, it must be recalled that the Armenians felt good not only in Georgia but also in Muslim countries, where they constituted a trading layer. Moreover, two decades later, with the small Azerbaijani state of Kara-Koyonlu, neighboring Georgia, its ruler Jihan Shah also created almost ideal conditions for the prosperity of Armenians. In particular, he presented to the Armenian clergy, under the residence of the Catholicos, a Turkic-Albanian Christian town of Uchkelisa. The Armenian religious center Echmiadzin was founded here, which already began from there expansion into the lands of ancient Caucasian Albania.

Both in Georgia and in the Azerbaijani states (first, Kara-Koyonlu, then Ak-Koyonlu and the Safavid Empire), the Armenians had every opportunity to live and become rich at the expense of the indigenous population. What "gratitude" then the Armenian nationalists paid for the good that the Azerbaijanis and Georgians did for them - everyone knows perfectly well. What is only the support of the Armenian lobby for separatism in Georgian territory and ethnic cleansing of the Georgian population in Abkhazia and the Tskhinvali region.

The most interesting thing is that Armenian nationalists are convinced that they are right. If you listen to them, then the Georgians are “wild”, “ungrateful” and even “fascist” people. Therefore, the "ancient and noble" Armenians had from time to time to put the "presumptuous barbarians" of Georgians - in place.