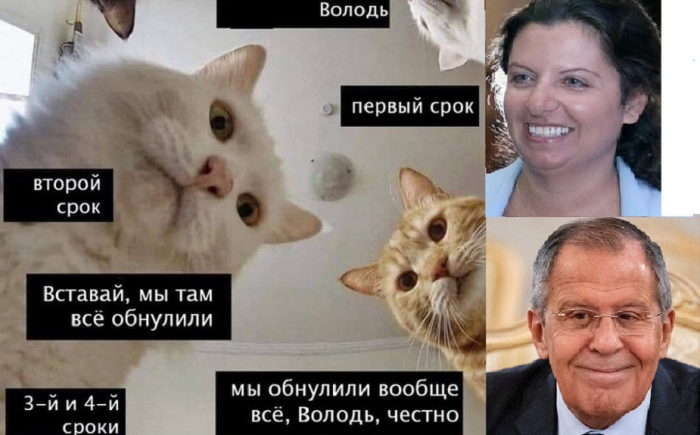 March 2020 may become crucial in the history of Russia and in the biography of its leader Vladimir Putin. It’s no secret that today he is faced with the question of running for the next term, to the post of president of the Russian Federation (which the current Constitution does not allow) or to find an heir.
In principle, 99% can be sure that the constitutional reform was undertaken in order to resolve this issue. And on March 10, 2020, the State Duma of the Russian Federation adopted the amendment of the deputy Valentina Tereshkova “nullifying” Putin’s previous terms.

Almost immediately, it became clear who really was behind the operation "nullifying". The powerful Armenian lobby, which the day before was able to impose on Vladimir Putin “his” prime minister, Mikhail Mishustin.
So Mikhail Shahnazarov, speaking on social networks under the pseudonym “Estonian poet Yohu Ibenpalu”, immediately attacked those who were against the “nullification” of Putin’s previous terms. And he did it very cunningly. He allegedly "stood up for the first woman-cosmonaut of the State Duma deputy Valentina Tereshkova." It was as if the proposed amendment to the Constitution, allowing Vladimir Putin to run again in the elections was only her initiative.

"It’s only the cattle who can insult an elderly woman who is in the history of world astronautics. And I would really like your Europeans or Americans to read your nasties. Or, let’s say, an astronaut corps. posted by Shahnazarov on Twitter.

It becomes clear that without the "chain dogs" that will violently attack all opponents of the extension of Putin's rule by "nullifying" his previous presidential terms, the current Russian leader will not be able to.
After the “nullifying” of the previous presidential terms, Vladimir Putin’s dependence on “Armenian friends” becomes full and total. What is the main problem of "nullifying"? To present this to the people as an “unconditional good”. And this is a matter of propaganda. Who is the main propaganda in Russia? Representatives of the "ancient long-suffering people" primarily Margarita Simonyan.

For the very "dull" of the internal forces (oligarchs, officials) who do not want such "stability" there is Mikhail Mishustin, the current prime minister and formerly the "main tax specialist" who will "nightmare" the business of any disloyal oligarch. And there is also the head of the Ministry of Internal Affairs connected with the Armenian lobby, Vladimir Kolokoltsev, whose son is married to an Armenian woman, who can also find “convincing arguments” for those who are dissatisfied with “nullifying” Putin’s previous terms.

But inside the country, ensuring Putin’s “legitimization” of Putin’s almost life-long rule is half the battle. It is necessary that this is recognized in the international arena. And this is the responsibility of the ethnic Armenian, Russian Foreign Minister Sergei Lavrov-Kalantarov.

Naturally, with the help of the same Kalantarov, Vladimir Putin was also “tied up” with the support of separatism. Passback and begin the de-occupation of the same Abkhazia or so-called South Ossetia, he simply cannot. Armenian “well-wishers” can immediately accuse him of “weakness”, the surrender of “Russia's interests”, etc. Indeed, it was precisely at the capture of the “bits” of neighboring countries that Putin’s image, which was allegedly promoted by the Armenian lobby, was allegedly built as a “land collector”. Say, he "defended the allies" - separatist Abkhazia and "South Ossetia" and "annexed Crimea."
The fact that after that relation with Georgia was hopelessly spoiled and Ukraine was lost, and Russia was tightly surrounded by a ring of enemies and ill-wishers - a “cheers patriotic” propaganda organized by Simonyan, Shahnazarov and others like them tries to “ignore”.

The most important thing is who really “resets” the current changes in the Constitution of Russia - this is Vladimir Putin himself. It turns out without the Armenian "friends" he now does not take a step? Is it enough to “move” at least one of them and its legitimacy will be called into question?