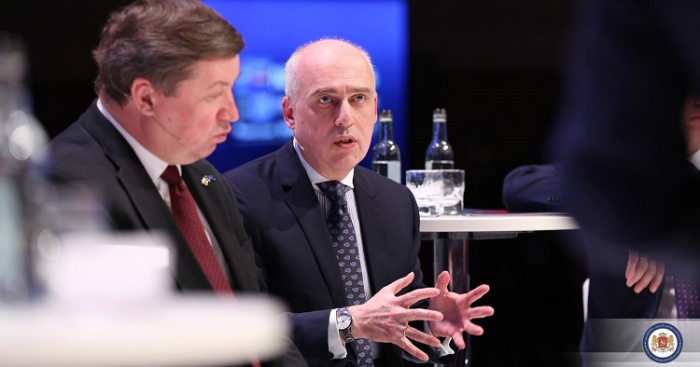 FM Zalkaliani joined a discussion at the "NATO Engages: Innovating the Alliance” on the sidelines of the NATO Leaders Meeting in London.

FM Zalkaliani also noted that in the Black Sea region, which is attracting more and more attention from NATO, the most security challenge comes from Russia.

As we are speaking now, the process of occupation is going on in Georgia... People are kidnapped, detained in illegal custody", FM Zalklaiani said.
Speaking about "a humanitarian disaster" in Russian occupied regions, he also mentioned the recent sentencing of a well-known Georgian doctor Vazha Gaprindashvili in Tskhinvali (South Ossetia).

In his speech David Zalkaliani also explained that Georgia's Euro-Atlantic aspirations are not directed against any third party, but rather aim to strengthen the country's defence capabilities and its resilience.