PM of Netherlands – Georgia proved an exemplary country for the region 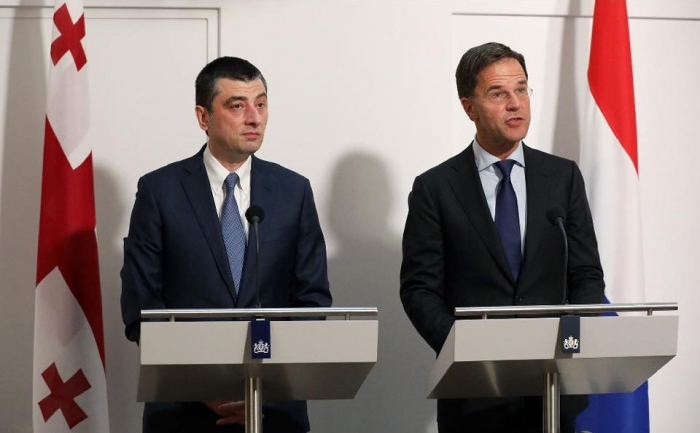 Georgia has proved an exemplary country for the region and that is why it is the main partner for the Netherlands and the European Union – Mark Rutte, Prime Minister of Netherlands said during a joint news briefing after the meeting with Georgian Prime Minister Giorgi Gakharia.

Rutte called the visit of Head of the Georgian government as historic and underlined that this served as confirmation of high-level relations between the two countries.

“Netherlands is one of the largest trade partners of Georgia while it is on the second place with respect to investments. We are absolutely sure in your country’s future and Georgia’s macroeconomic stability, its economic growth and success of carried out reforms. We are sure that stability creates opportunities so that our trade relations further develop in the next years and comprise agrarian sector as well,” Rutte said.

PM of Netherlands also focused on the positive tendency of tourism that was boosted by Dutch TV programs produced in Georgia. “The number of Dutch tourists has increased by 60% for the last 2 years,” he said.