Turkish Ambassador to Georgia gives an answer to Armenian provocateurs 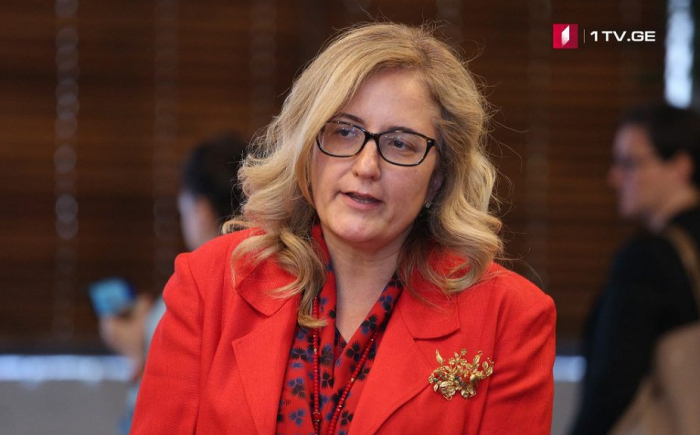 With the start of the Turkish Armed Forces and the Syrian National Army, the operation "Source of Peace" in northern Syria, Armenian nationalist provocateurs sharply intensified. They specifically through a number of media and social networks began to spread misinformation that "Turkey claims to Batumi" and that "as soon as the Turks finish Syria, they will take on Adjara".

It was also spread the lie that, allegedly in 2021, the “Kars Agreement expires” and after that, supposedly, “the Turks will make claims to Adjara".

Who disseminates this information the most is visible through comments on social networks. The vast majority of those who scare Georgians with the “Turkish threat” have Armenian names and surnames.

But the Embassy of the Republic of Turkey in Georgia gave a clear and unambiguous answer to these provocations, showing all their deceit and hostility to both Georgian-Turkish relations and the interests of Georgia.

At a press conference held on October 17, 2019, Turkish Ambassador to Georgia Fatma Jeren Yazgan touched on the provocative information circulated in Georgia in connection with Turkey.

A very large wave of false information went especially in connection with Adjara and Turkish-Georgian relations. I emphasize that the land and sea borders between Turkey and Georgia are delimited, drawn and marked. In this context, we come across information such as, for example, that in 2021 marks 100 years since the conclusion of the Kars Treaty, it expires, and Turkey allegedly wants to encroach on Adjara. We will have a request to the Georgian media, do not pay attention to such misinformation. We made sure that such information is distributed from different sites, some of which are to some extent related to PKK, and their distribution serves provocative purposes, ”said Turkish Ambassador to Georgia Fatma Jeren Yazgan.

The Turkish ambassador to Georgia made it clear that there are no and cannot be any territorial issues on the border between Turkey and Georgia.

“I emphasize that the land and sea borders between Turkey and Georgia are delimited, drawn and marked,” Fatma Jeren Yazgan emphasized.

The ambassador also informed about the operation “Source of Peace”, launched on October 9, 2019 to neutralize the terrorist threats in Syria that threaten not only Turkish national interests and impede the peaceful settlement in Syria and the return of refugees, but also destabilize other countries in the region.